All carry the same reverse (tails side) design honoring Wilma Mankiller, the first female principal chief of the Cherokee Nation. While serving as principal chief, the nation saw enrollment triple and employment double. In addition, health and children’s programs were expanded. Mankiller was also a respected activist for Native American and women’s rights.

The quarter’s reverse (tails side) was designed by Benjamin Sowards and sculpted by Phebe Hemphill. Sowards created the image to show the wind at Mankiller’s back while wrapped in a traditional shawl. To her left is the seven-pointed star of the Cherokee Nation. 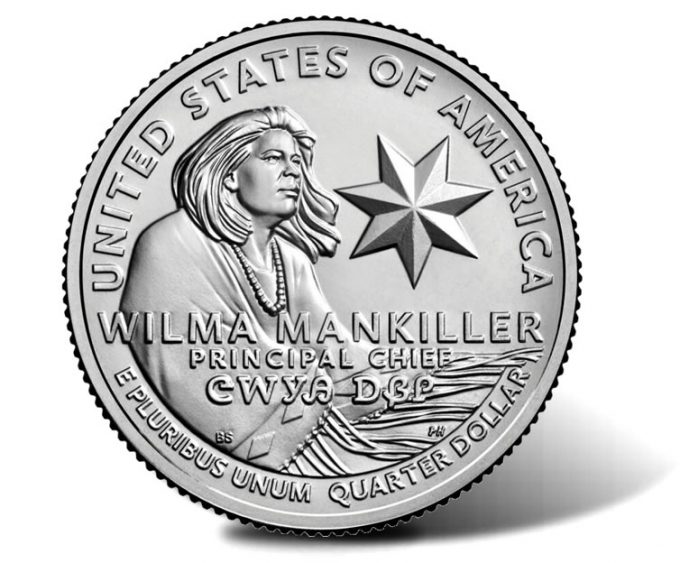 All coins of the four-year series share the same obverse (heads side) portrait of George Washington. This historical likeness of the first US President was originally created many decades ago by Laura Gardin Fraser as a candidate for the 1932 quarter dollar celebrating the bicentennial of Washington’s birth. 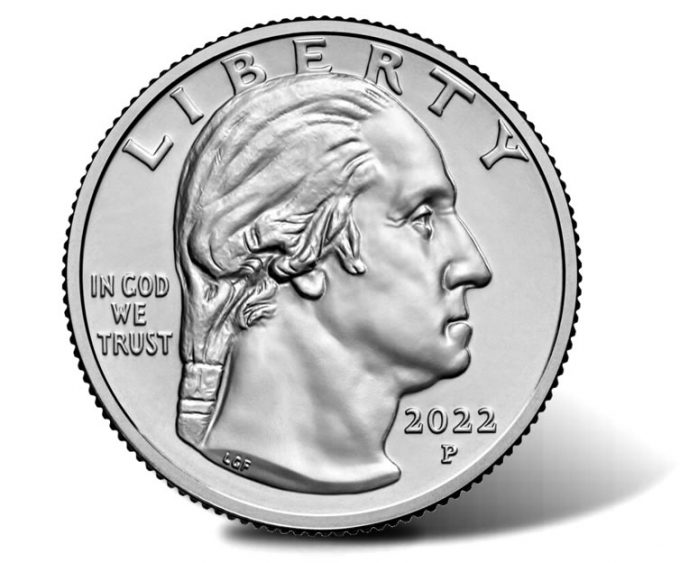 Image of an obverse or heads side of an American Women Quarter. The design is common across the quarters in the four-year series.

Obverse inscriptions include LIBERTY, IN GOD WE TRUST and 2022.

Four options are available as part of this new quarter dollar release:

Rolls and bags of Wilma Mankiller quarters may be ordered directly from the US Mint’s online catalog of American Women Quarters.

Congress authorized the American Women’s Quarters Program under Public Law 116-330. A total of twenty quarters will appear in the series over four years at a rate of five per year. Each will celebrate the accomplishments and contributions made by women to the development and history of the United States.

Maya Angelou quarters debuted on Feb. 7 and Dr. Sally Ride quarters launched on March 22. Quarters depicting Nina Otero-Warren and Anna May Wong will be issued later this year. (See images of all the 2022 quarters.)

In addition to these rolls and bags, the US Mint earlier issued a proof set and a silver proof set containing this year’s quarters. Both sets sold out. Special ornaments holding each quarter are scheduled for release on Aug. 26.