Washington — The United States Mint (Mint) is announcing that the order window will open on March 24 at noon (EDT) for the 2022 National Purple Heart Hall of Honor colorized silver dollar. The order window will be in effect for 30 days, ending on April 25 at 3 pm (EDT) or until the limit is reached. Production is limited to 25,000 units, with orders limited to one per household for the first 24 hours of sales. 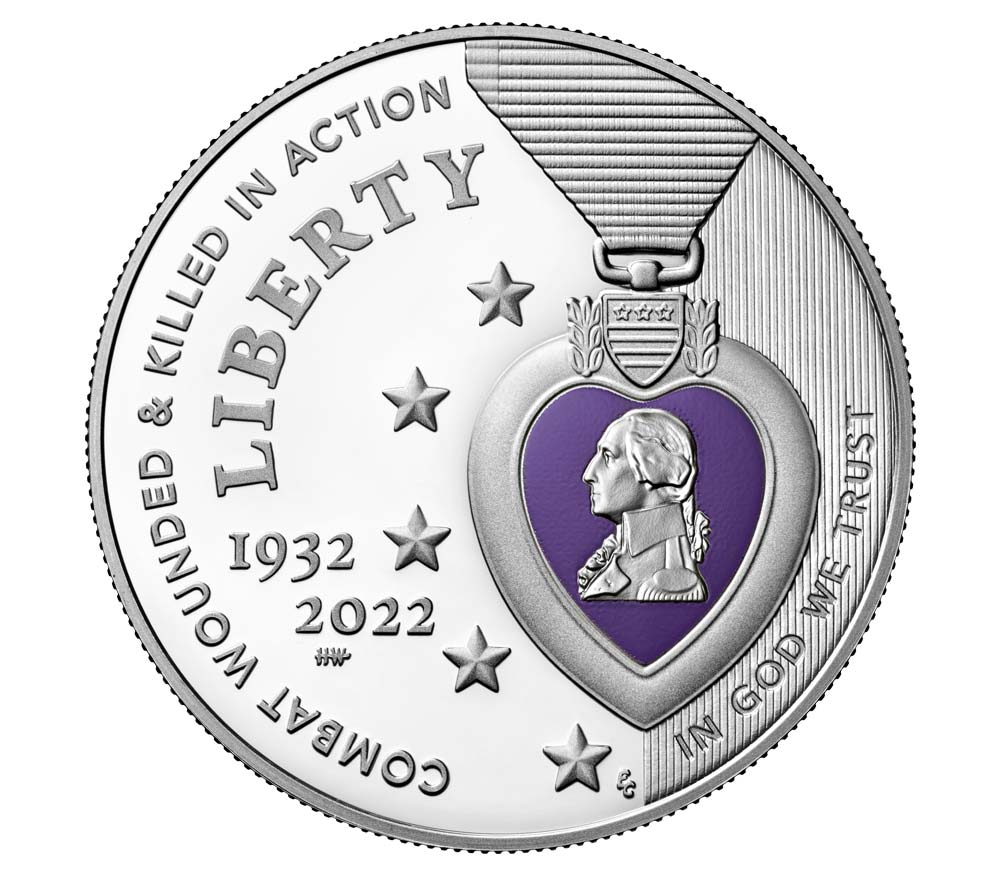 Struck in 99.9 percent silver, the 2022 National Purple Heart Hall of Honor colorized silver dollar obverse (heads) features the Purple Heart medal with purple shading around the bust of George Washington. Inscriptions are COMBAT WOUNDED & KILLED IN ACTION, LIBERTY, 1932, 2022, other IN GOD WE TRUST. Five stars represent the branches of the military. 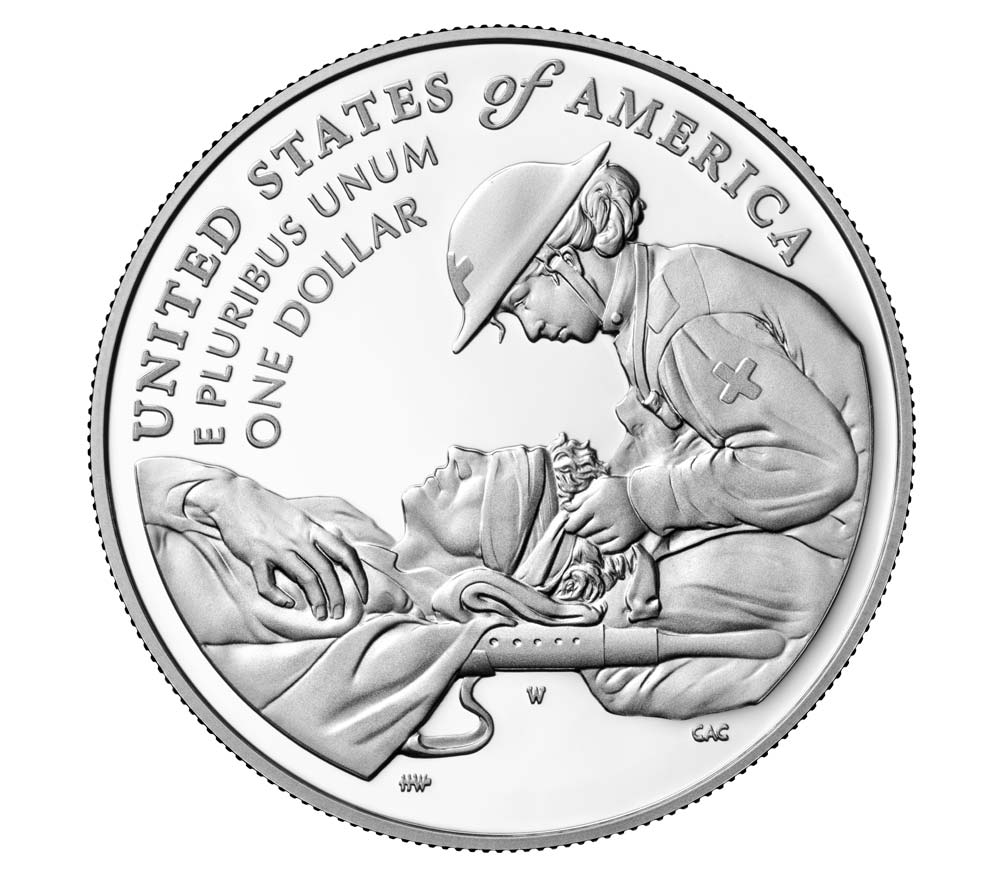 The coin’s reverse (tails) shows a nurse in a World War I helmet as she bandages a wounded service member on a stretcher. More than 23,000 women nurses served in the Army and Navy during the war. Inscriptions are UNITED STATES of AMERICA, E PLURIBUS UNUM, other ONE DOLLAR. 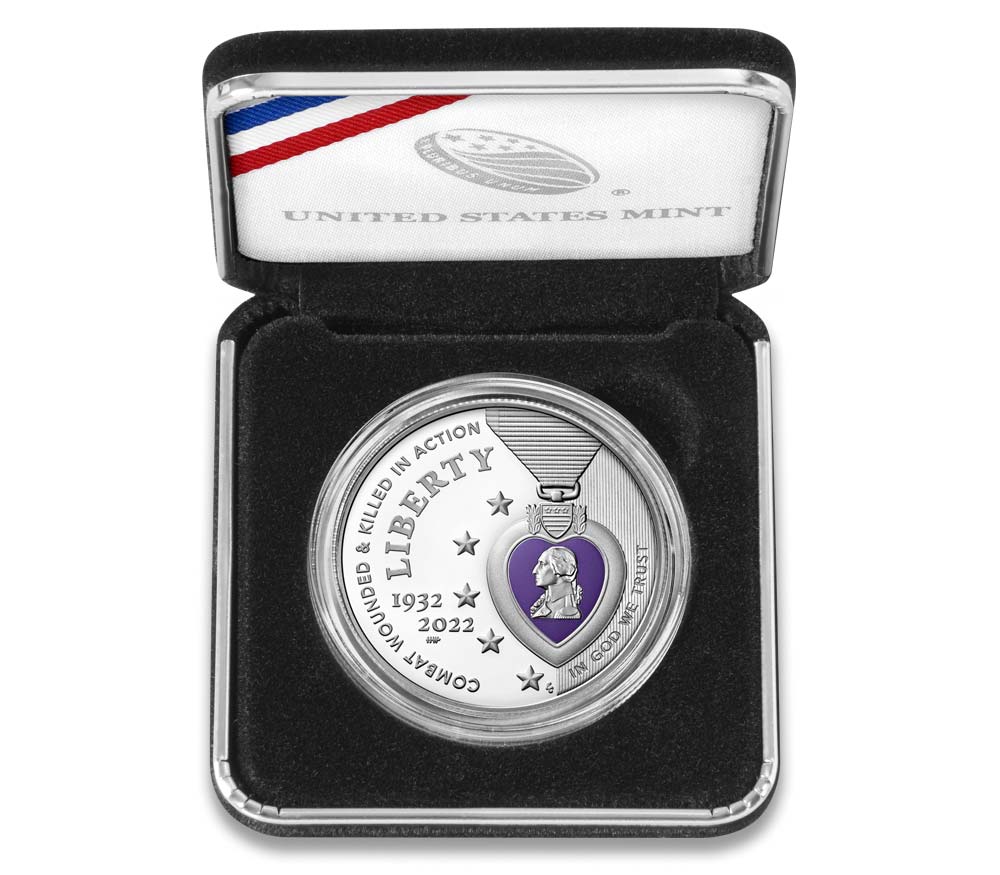 An image of the coin and its elegant purple packaging is available on the Mint’s website. The Mint’s certificate of authenticity is included with each coin. 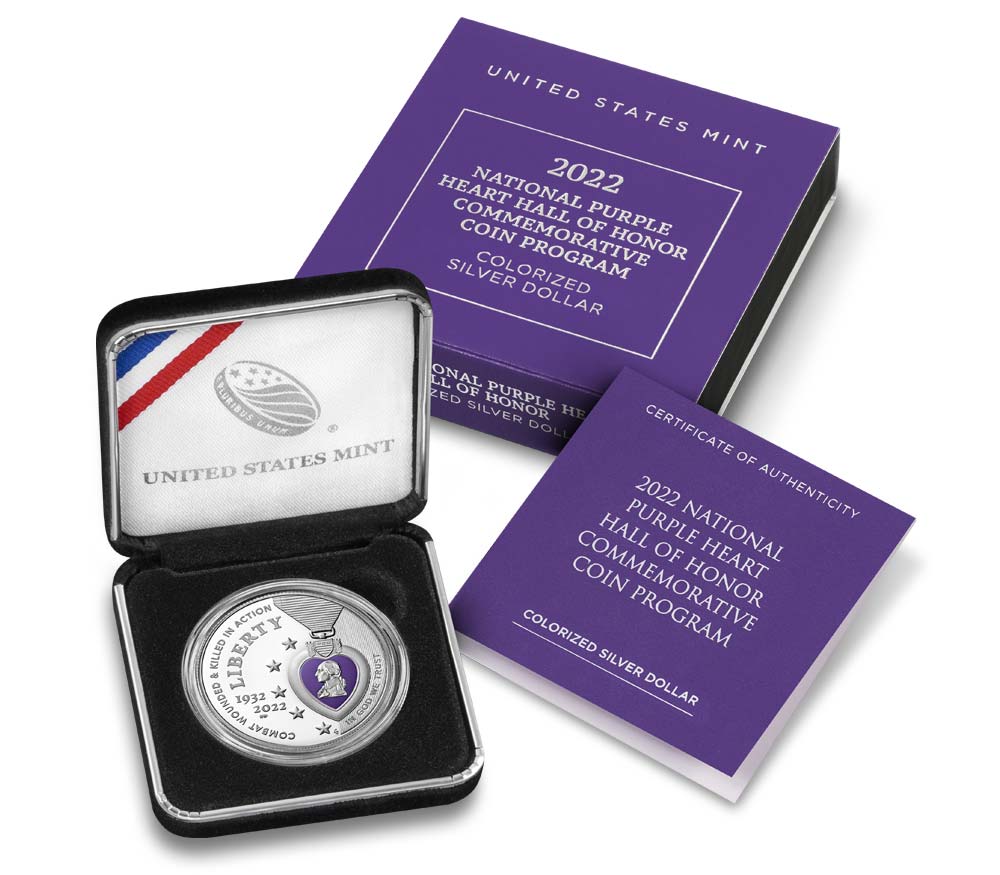 About the United States Mint

Congress created the United States Mint in 1792, and the Mint became part of the Department of the Treasury in 1873. As the Nation’s sole manufacturer of legal tender coinage, the Mint is responsible for producing circulating coinage for the Nation to conduct its trade and commerce . The Mint also produces numismatic products, including Proof, Uncirculated, and commemorative coins; Congressional Gold Medals; silver and bronze medals; and silver and gold bullion coins. Its numismatic programs are self-sustaining and operate at no cost to taxpayers.

To reduce the risk of employee exposure to COVID-19 in the workplace, the Mint’s sales centers are closed until further notice.