Washington – The United States Mint (Mint) is taking orders for the American Innovation $ 1 Coin Reverse Proof Set 2021 starting November 8th at 12:00 PM EDT. Production is limited to 50,000 sets, with orders limited to five sets per household in the first 24 hours of sales.

The American Innovation $ 1 Coin Program is a perennial series of distinctive reverse designs (tails) that pay tribute to America’s ingenuity and celebrate the pioneering achievements of individuals or groups from all 50 states, the District of Columbia, and the U.S. Territories. The 2021 coins celebrate significant innovations and / or innovators in New Hampshire, Virginia, New York, and North Carolina. All four coins are included in the 2021 American Innovation $ 1 Coin Reverse Proof Set.

These stunning reverse proof coins feature a frosted background and a brilliant, mirror-like surface that creates gorgeous contrast. The four designs for 2021 were created by designers from the United States Mint Artistic Infusion Program (AIP) and sculpted by United States Mint Medallic Artists. 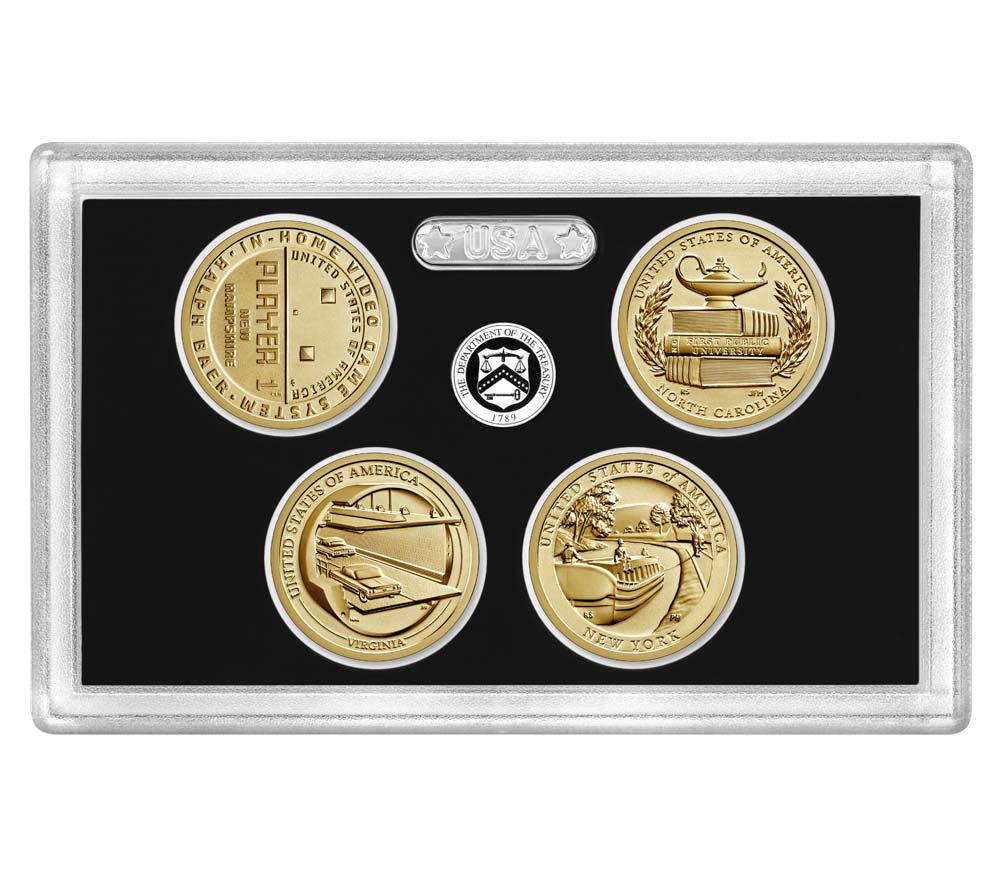 American Innovation – New Hampshire One Dollar Coin
Designer: Christina Hess, AIP designer
Sculptor: Eric David Custer, Medallic Artist
The New Hampshire $ 1 coin honors Ralph Baer and his creation of the first home video game console. The motif shows the brown box game “HANDBALL” by Ralph Bär on the right side of the coin. The left side of the coin shows “NEW HAMPSHIRE” and “PLAYER 1” on an engraved background. “IN HOME VIDEO GAME SYSTEM” and “RALPH BAER” circle the outside of the coin in a text that is intended to pay homage to Ralph Bär’s Odyssey game. The additional inscription reads “UNITED STATES OF AMERICA”. The design of the coin is also symbolic of an arcade token.

American Innovation – New York 1 coin
Designer: Ronald D. Sanders, AIP designer
Sculptor: Phebe Hemphill, Medallic Artist
The New York 1 dollar coin pays homage to the Erie Canal. The design shows a package boat being pulled from a city in the east towards the rural areas in the west. The inscriptions are “UNITED STATES OF AMERICA” and “NEW YORK”.

American Innovation – North Carolina One Dollar Coin
Designer: Ronald D. Sanders, AIP designer
Sculptor: Joseph Menna, chief engraver
The $ 1 North Carolina coin honors the University of North Carolina at Chapel Hill, the first public college in the United States. The back design shows a stack of three textbooks with “FIRST PUBLIC UNIVERSITY” on the back of the middle book. A knowledge lamp towers over the books and olive branches curve around the edge of the design. Inscriptions are “UNITED STATES OF AMERICA” and “NORTH CAROLINA”. 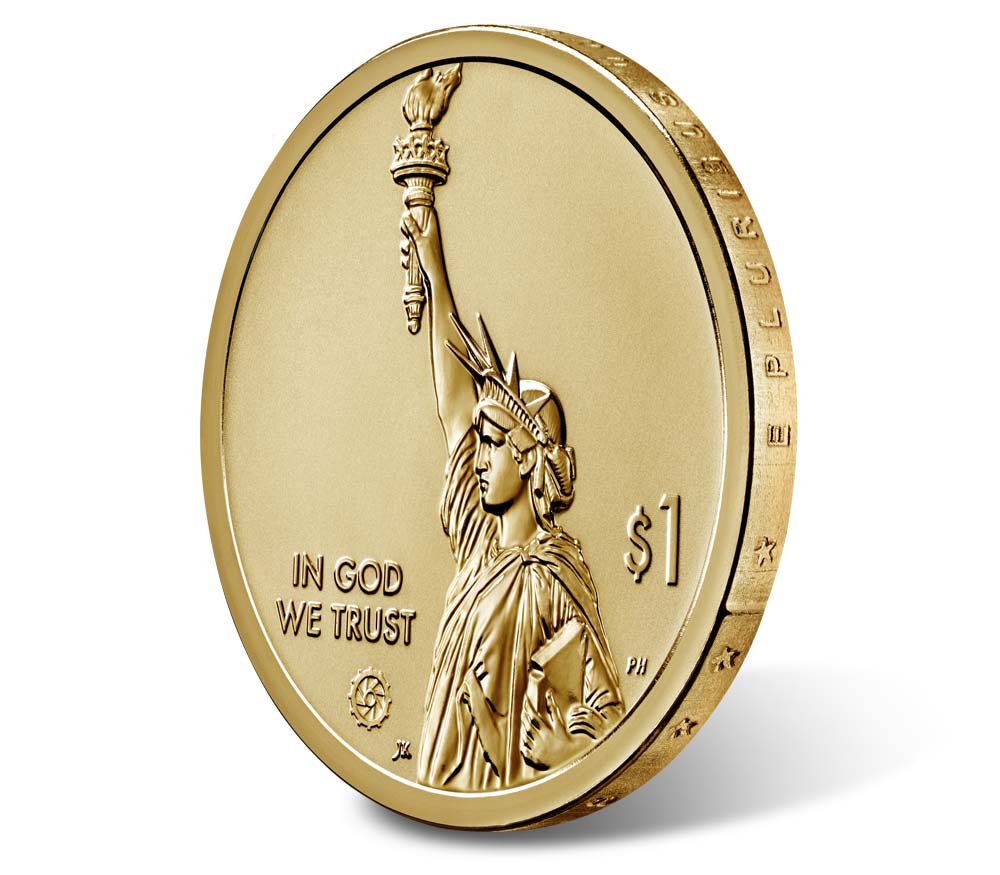 The obverse (heads) of all American Innovation 1 dollar coins feature a dramatic depiction of the Statue of Liberty in profile with the inscriptions WE TRUST IN GOD and $ 1. The design also includes a secret sign of a stylized gear, representing industry and innovation. The inscriptions 2021, the mintmark and FROM MANY, ONE are stamped on the edge of the coin. AIP designer Justin Kunz created the design, which was created by the medallic artist Phebe Hemphill. 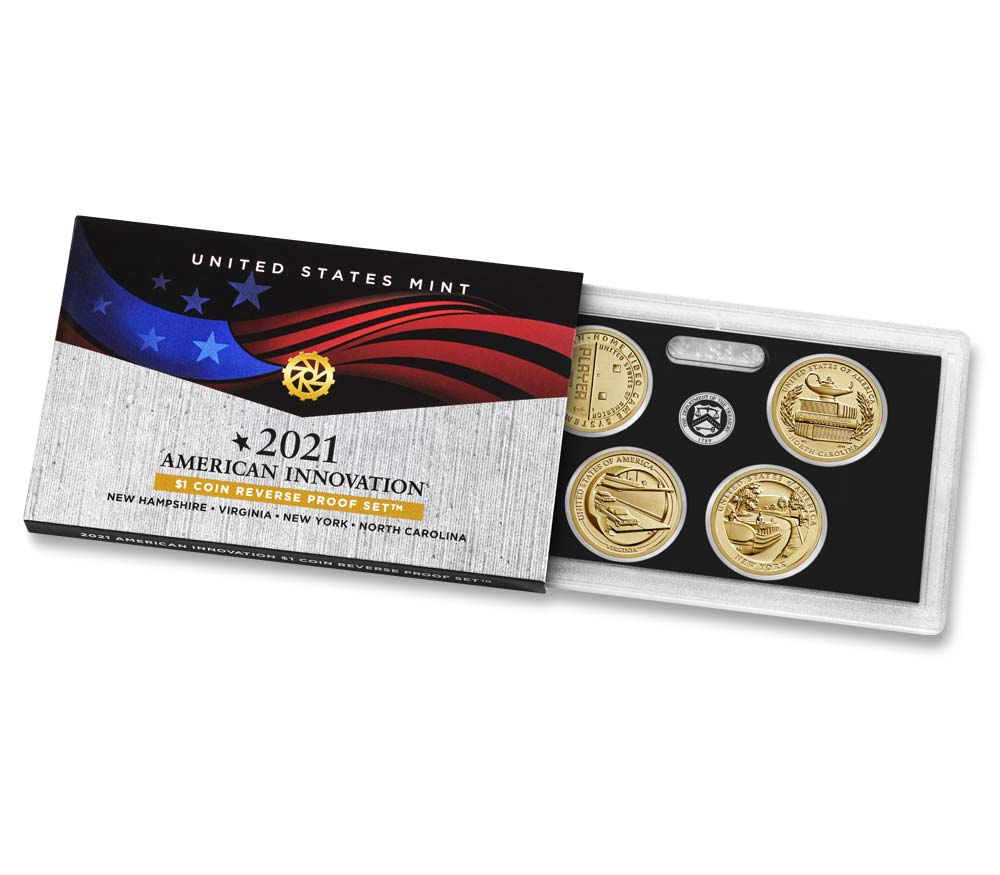 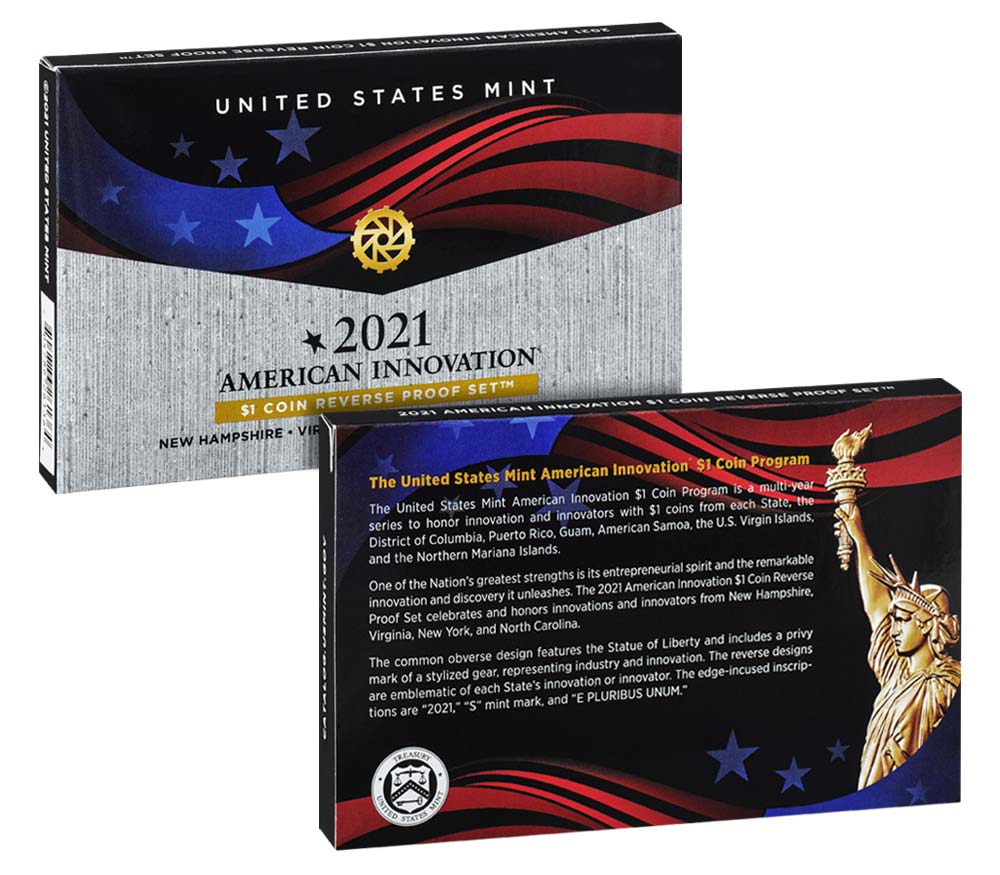 Via the United States Mint

Congress established the United States Mint in 1792, and the Mint became part of the Department of the Treasury in 1873. As the only manufacturer of legal tender coins in the nation, the Mint is responsible for the manufacture of circulation coins for the nation’s trade and commerce. The mint also produces numismatic products, including PP, non-circulation and commemorative coins; Congress Gold Medals; Silver and bronze medals; and silver and gold bullion coins. The numismatic programs are self-supporting and free of charge for the taxpayer.

Note: To ensure that all members of the public have fair and equal access to United States Mint products, the United States Mint does not accept orders placed before the official sales date on November 8, 2021 at 12:00 PM EUROPEAN SUMMER TIME.

To reduce the risk of employees being exposed to COVID-19 in the workplace, the mint’s sales centers are closed until further notice. Please use the United States Mint catalog page as the primary source for the most up-to-date information on product and service status.

Newer NGC and PMG at Whitman Winter Expo 2021
Back to list
Older Gold, silver and other metals rise in October