United Kingdom: New 50 pence coins unveiled with a permanent commemorative design on the obverse for the Queen’s Platinum Anniversary

The Royal Mint unveiled the new commemorative front design on January 6th, which will be featured on the 50p platinum anniversary coins. The equine theme featured celebrates the remarkable 70 years in which the Queen served the nation and the Commonwealth, as well as her love for horses and her participation in a specific annual event where she performed on horseback for many years. Since taking office in 1952 and until 1987, the Queen has taken the salute of Trooping of the Color, the ruler’s official birthday, on horseback. Queen Elizabeth II was an enthusiastic rider on Burmese (1962–1990), a black RCMP police service horse. It was handed over to Queen Elizabeth II by the Royal Canadian Mounted Police in 1969 and participated in Trooping the Color that same year and 18 years in a row until 1986. 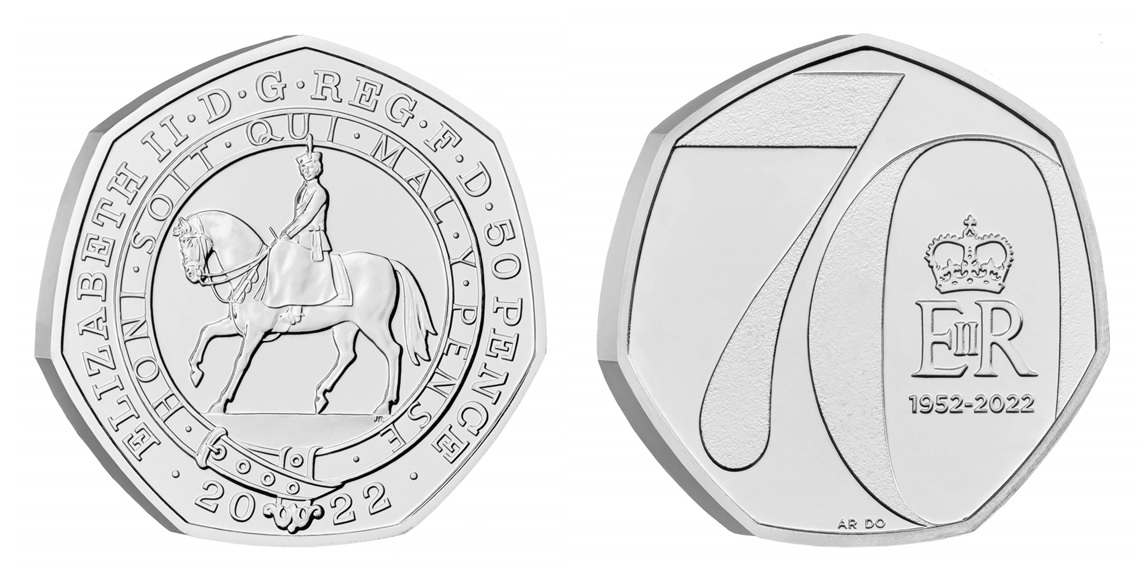 Designed by well-known British artist John Bergdahl, its design includes HM Queen Elizabeth II as seen on horseback during the Trooping of the Color. Around this representation is the collar of The Most Noble Order of the Garter, an order of knights established by King Edward III in 1348. was founded by England. The emblem of the order is a garter with the motto HONI SOIT QUI MAL Y PENS, which, translated from Central French, means “It’s a shame for him who thinks badly.” The legend of the finished design is ELIZABETH II GD REG FD FÜNFZIG PENCE. 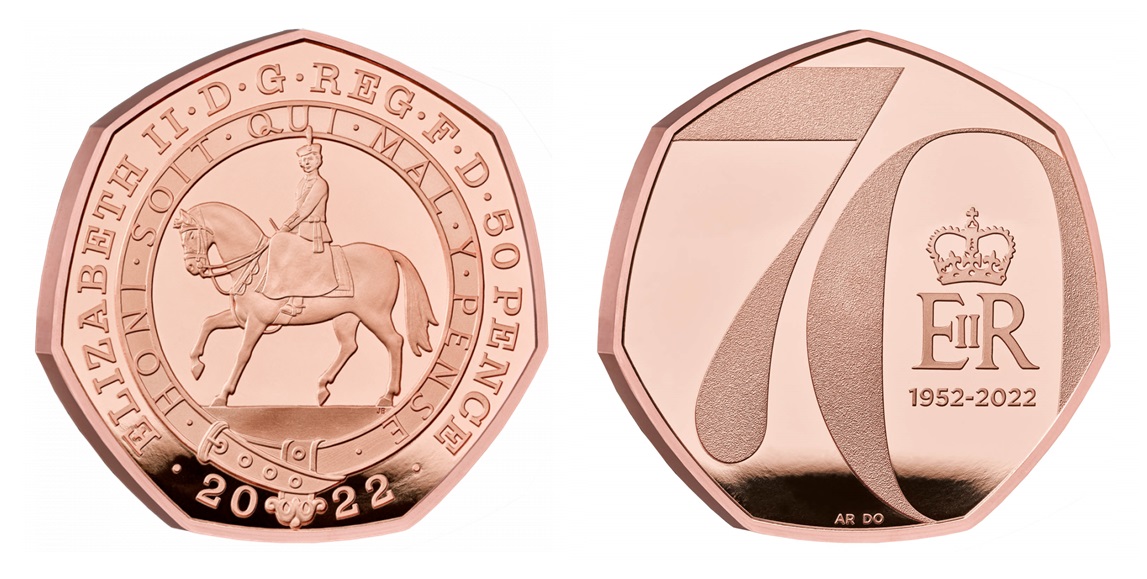 The back, unveiled last month, is the work of Osborne Ross and features a sleek back design that includes the number “70”, the Queen’s cipher, and the years that encompass her previous reign. 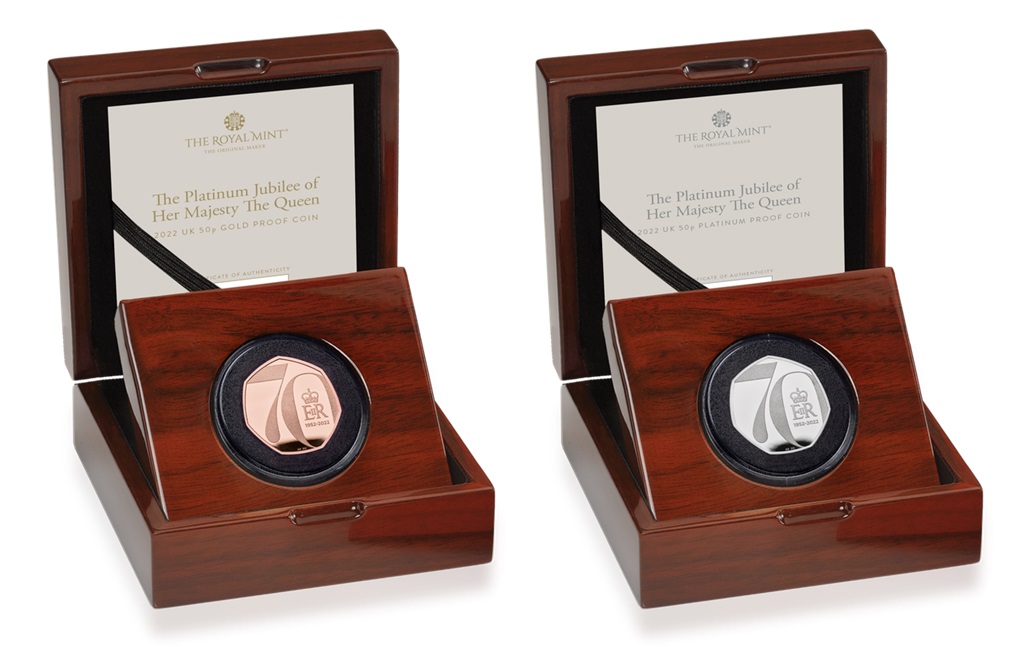 Newer Commemorative coin prices published in the Purple Heart Hall of Honor
Back to list
Older From the Colonel’s Desk: A New Year for Numismatics in Kentucky