Three highly valuable vintage Chinese coins that were certified by Numismatic Guaranty Company (NGC) each sold for over $1 million in a sale presented by Taisei Coins and The Royal Mint. Seven more NGC-certified Chinese coins realized prices over $250,000 in the sale, which was held April 29, 2022, in Japan.

The top lot, which set a record for any coin sold in a Taisei auction, was a China YR16(1927) Chang Tso Lin Silver Dollar graded NGC MS 62 (lot 269). It realized ¥276,000,000 (about $2.125 million), nearly a record for any Chinese coin. Only two Chinese coins had previously sold for higher, and both of them also show Chang Tso Lin, a warlord who briefly ruled China before being assassinated in 1928.

NGC recently re-established this coin’s pedigree to the Eduard Kann Collection and as the Plate Coin in Kann’s “Illustrated Catalog of Chinese Coins.” (To learn more about how NGC re-established the pedigree, click here.) 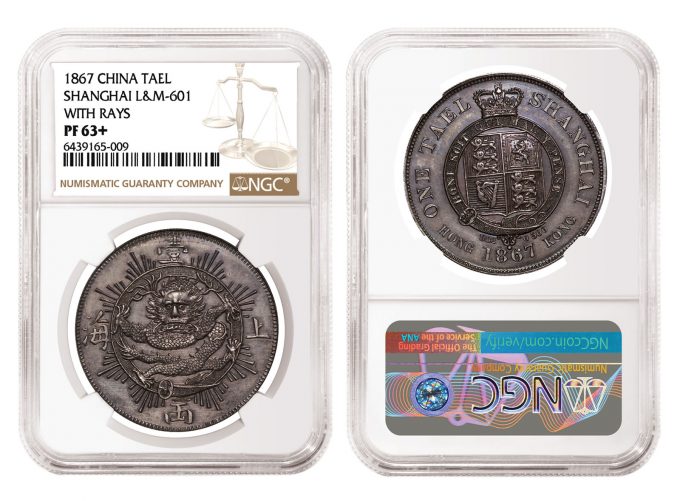 It was struck by the Hong Kong mint and includes both Chinese and British features (including the United Kingdom royal coat of arms). Chinese government officials rejected the proposed design and nearly all were melted.

The third NGC-certified coin to sell for over $1 million in the sale was a China (1932) Plain Edge Pattern Silver Dollar graded NGC MS 60 (lot 278). It realized ¥184,000,000 (about $1.41 million), nearly 100 times its starting price. Also pedigreed to the Kann Collection, this pattern shows a ship on the reverse known as a junk, with lettering above it that links the coin to Gold Standard experimental coinage that was never issued. 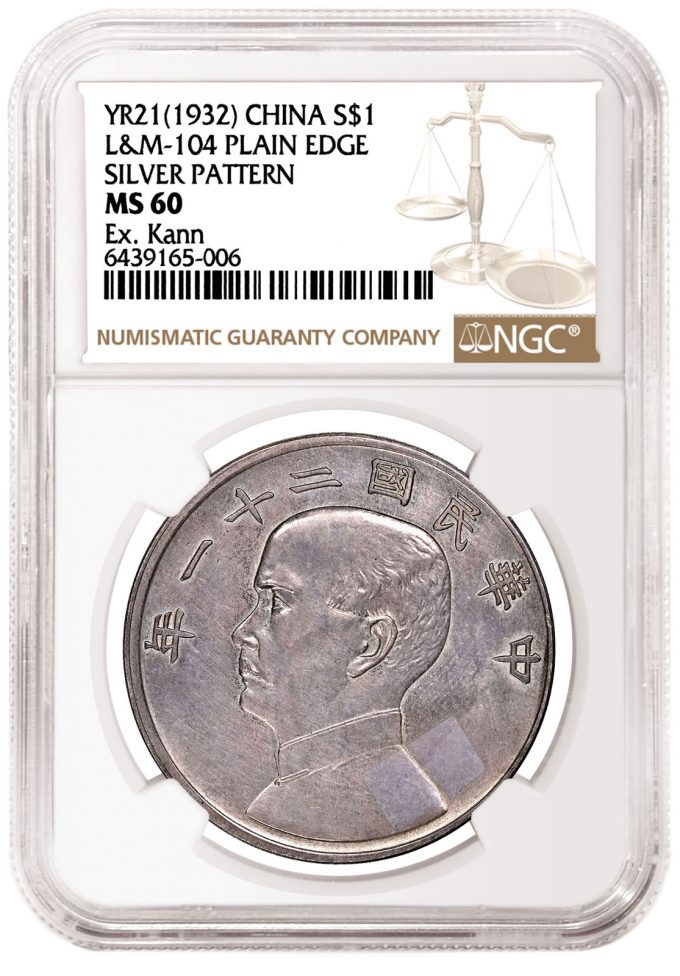 “When bidders have what may be a once-in-a-lifetime opportunity to buy an extremely rare coin, they want to know that it is genuine, as well as accurately attributed and graded,” said Ben Wengel, NGC Senior Grading Finalizer of World Coins. “Clearly, this auction has once again affirmed the value of NGC’s expert certification services for vintage Chinese coins.”

Other NGC-certified highlights from China in the sale include:

All prices realized include buyer’s premium. The $ symbol represents US Dollars.