The treasury of South Georgia & the South Sandwich Islands has released the fourth and final coin for 2022 in an ongoing series entitled “Tall Ships” in which the British Antarctic Territory and South Georgia & South Sandwich Islands were jointly included. The last coin focuses on the schooner-rigged steamship questsremembered as the polar exploration vessel of the Shackleton-Rowlett Expedition of 1921-1922. 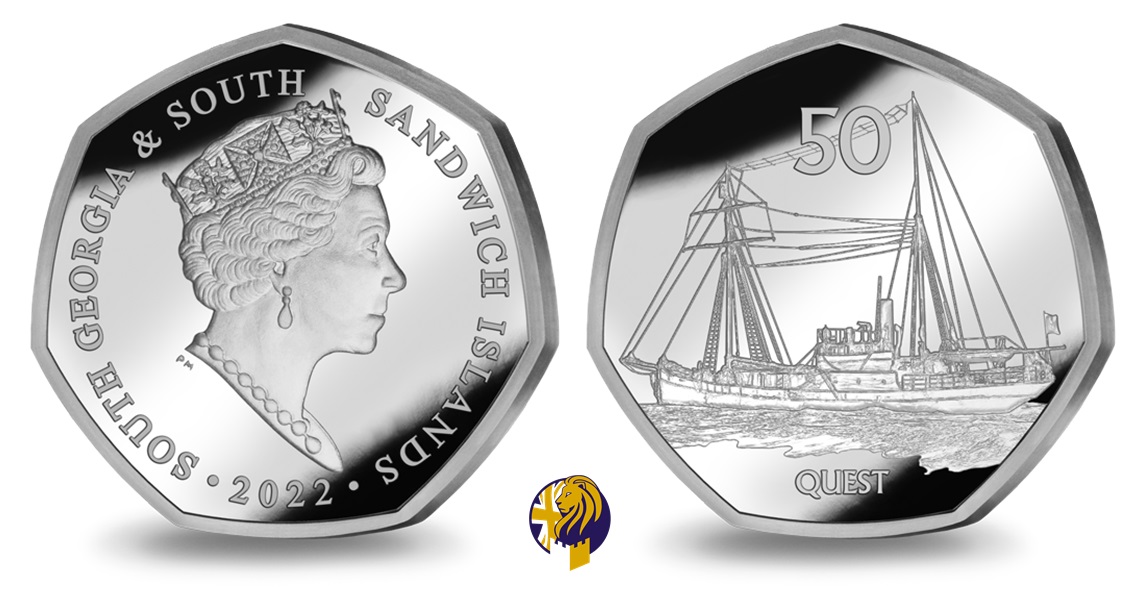 The seven-sided coins which are part of a wider “Tall Ships” collection are produced by the Pobjoy Mint at their facilities in Surrey, England, on behalf of the treasury of the South Georgia & the South Sandwich Islands. The reverse side depicts an image of Quest making its way through floating ice. The denomination 50 is placed above the primary design with the text QUEST placed below. The obverse of the coin features an effigy of Her Majesty Queen Elizabeth II, which is an exclusive design of the Pobjoy Mint. The issuing authority SOUTH GEORGIA AND SOUTH SANDWICH ISLANDS is placed around the Queen’s likeness with the year of issue 2022 placed below.

Available from the 10thMay, the Brilliant Uncirculated diamond finish base metal coins are presented in a blister-pak type folder with illustrations and informative text about the Quest. The silver Proof coins are presented in a Perspex lucite frame case accompanied by a certificate of authenticity. For additional information about these coins and others issued by the treasury of South Georgia & the South Sandwich Islands, please click here