The treasury of the British Virgin Islands government has released their latest collector one-ounce gold and silver versions featuring the famous Greek mythological horse, Pegasus. As horses have often featured on designs featured on the coinage of the British Virgin Islands over the years, the choice of Pegasus for a range of gold and silver bullion coins seemed obvious to feature on this flagship coin. 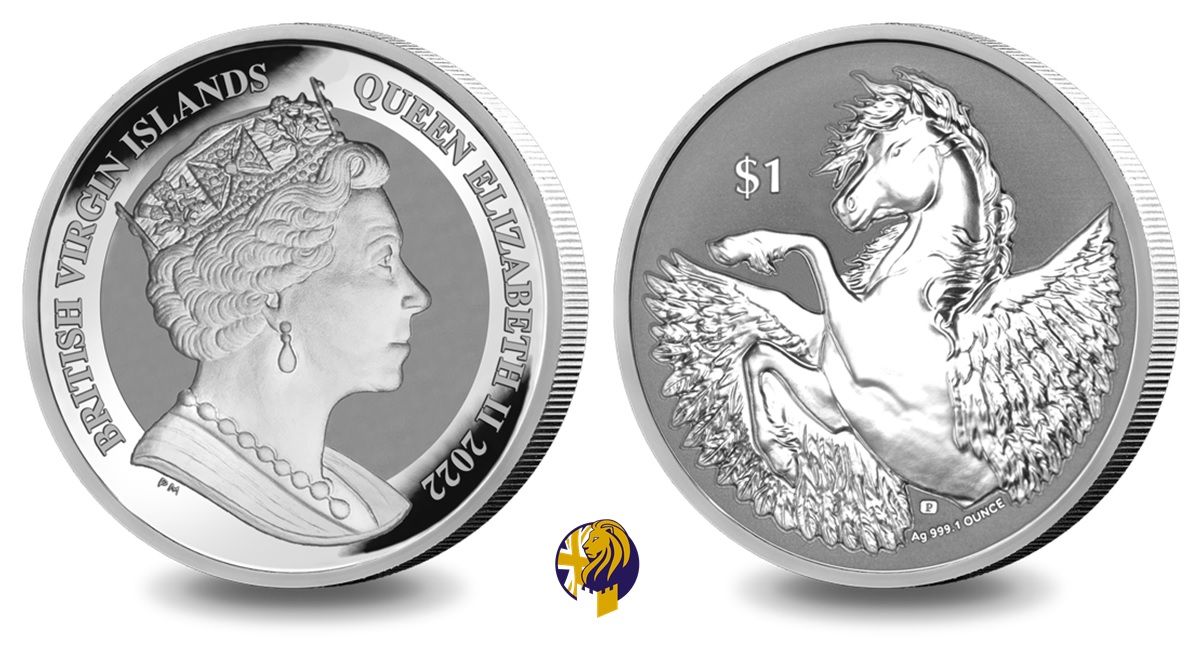 The coins are produced by the Pobjoy Mint at their facilities in Surrey, England, on behalf of the treasury of the British Virgin Islands. The design on the reverse side of the coin shows the magnificent mythical horse rearing up with his wings spread. The denomination of $100 (gold) or $1 (silver) is shown in the upper-left half with the specifications placed just below the primary design towards the lower-right edge. A silver bullion privy mark “P” is also present, which is unique to Pobjoy Mint bullion coins. 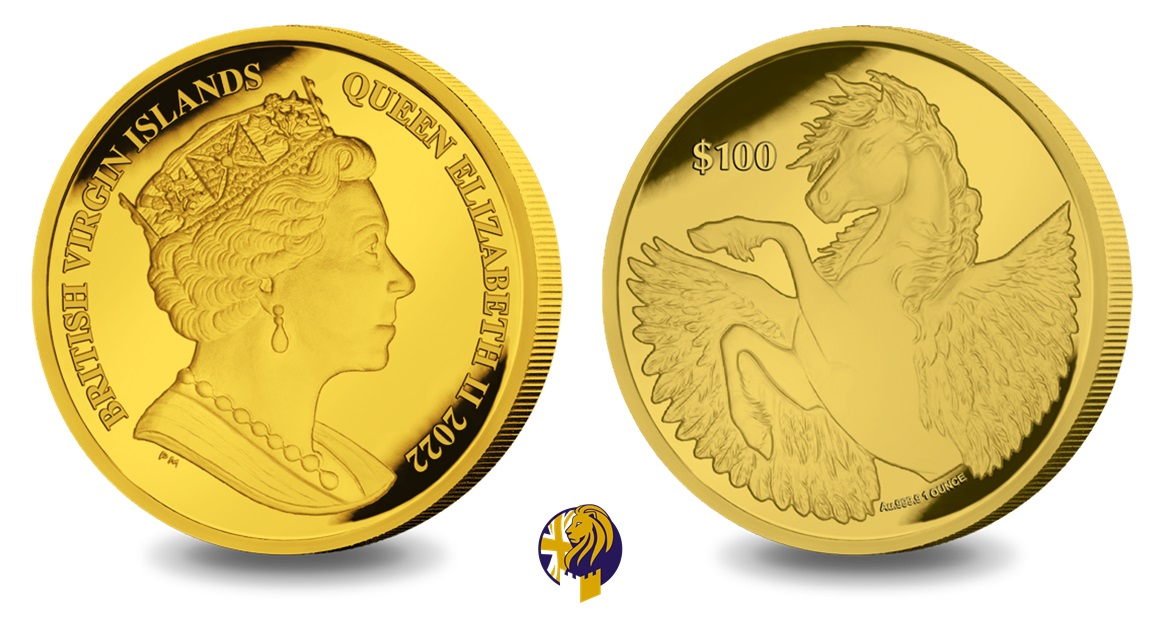 The obverse of the coin features an effigy of Her Majesty Queen Elizabeth II, which is an exclusive design of the Pobjoy Mint. The year of issue 2022 and issuing authority BRITISH VIRGIN ISLANDS surrounds the Queen’s likeness.

This is the fifth year for the Pegasus bullion gold and silver coin designs. Dispatch commences on the 24th April. No more than 10,000 of the one-ounce fine .999 silver Reverse Proof bullion coins will be produced. Each silver one-ounce coin is packaged in a clear vinyl holder. For additional information, please visit here.