The Perth Mint has released new silver and gold Proof commemorative coins marking the release of the first Koala bullion coins fifteen years ago. Though often referred to as “bears,” there is no biological relation to this category of mammal. Koalas, in fact, belong to a group of pouched marsupial mammals, many of which are endemic to Australia. Its closest living relative is actually the wombat, but other koala relatives include kangaroos, wallabies, and opossums. With a diet primarily of eucalyptus leaves, their digestion requires plenty of energy — coupled with the effects of the eucalyptus, koalas are known for being a very sleepy species, spending nearly 22 hours a day up in a tree snoozing. 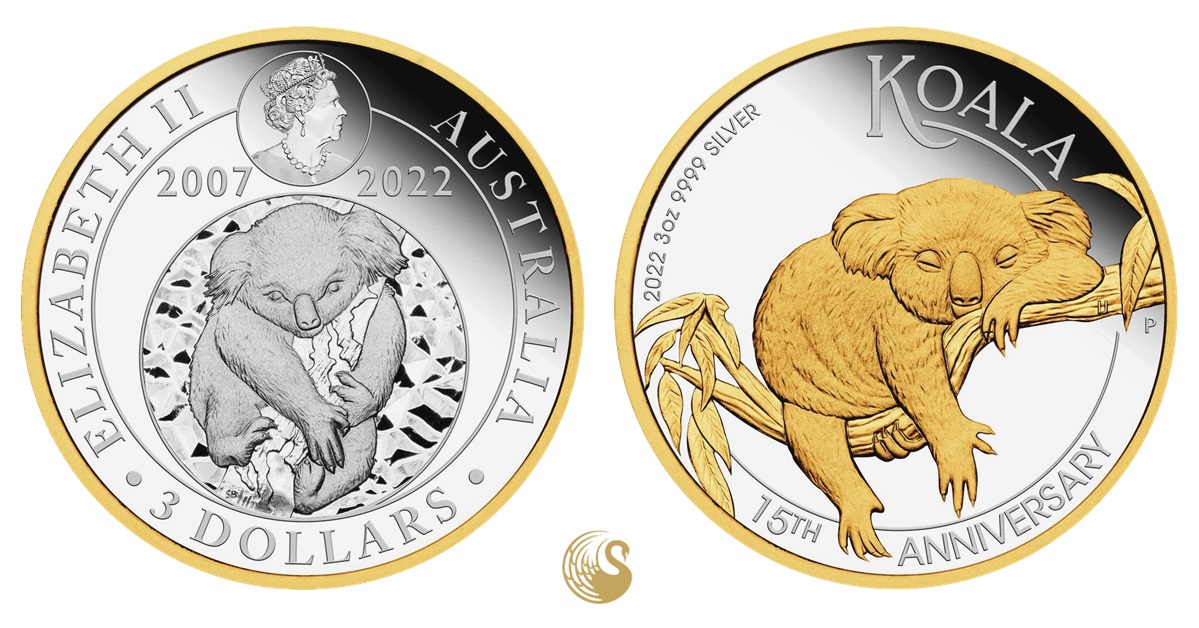 Three dollars — silver: Designed by graphic artist Ing Jong, the reverse side of the 2022 anniversary coin features a portrayal of the iconic animal lying on the bough of a gum tree. In addition to the inscription KOALA 15TH ANNIVERSARY and the Perth Mint’s “P” mintmark, the design includes the coin’s weight, purity, and year date highlighted with 24-carat gilded elements of the design including the rim. The coin’s obverse includes both the Commonwealth effigy of HM Queen Elizabeth II designed by British engraver Jody Clark as well as a representation of the first Koala design created by Shevaun Buschenhofen placed below the Queen’s effigy and the commemorative years 2007 – 2022. The denomination 3 DOLLARS is found just under the koala’s image. 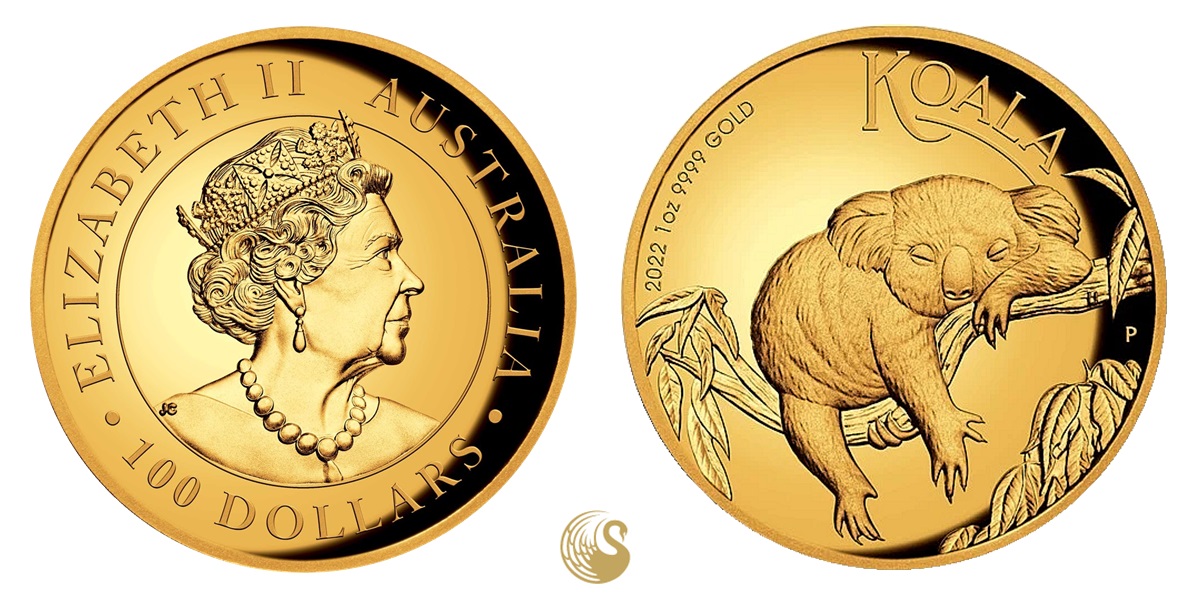 100 dollars – gold: The reverse side of the high-relief gold strike is designed by graphic artist Ing Jong and includes an image of a sleeping koala resting on the bough of a gum tree. The stylized text KOALA BEAR is placed along the edge towards the upper right and specifications 2022 1oz 9999 GOLD are seen along the upper-left edge. The coin’s obverse includes both the Commonwealth effigy of HM Queen Elizabeth II designed by British engraver Jody Clark with the denomination 100 DOLLARS placed just under the Queen’s likeness. 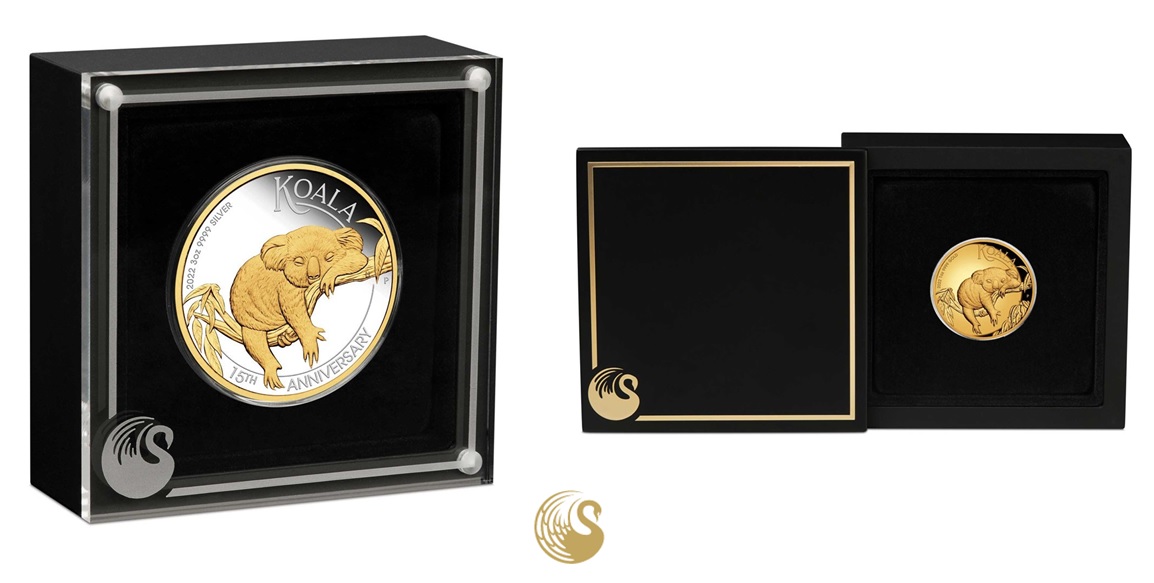 Each coin is encapsulated and presented in a custom case accompanied by a certificate of authenticity. For additional information, please click here for the silver coin and here for the gold coin.

Newer Gold and Silver Prices Fall for a Second Week
Back to list
Older US Mint Produces 1.25 Billion Coins for Circulation in May