Recently I won several Canadian specimen Proof coins with frosted surfaces and marvelous toning. The latter occurs because of the interaction between the metal and packaging of the coin. 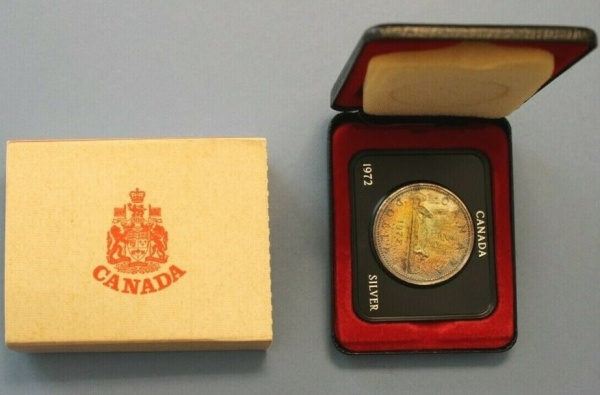 I consign my online auction winnings to an eBay seller known for his excellent toned coins and good photography. But his cannot stand up to that of Phil Arnold’s PCGS TrueView. See the comparison: 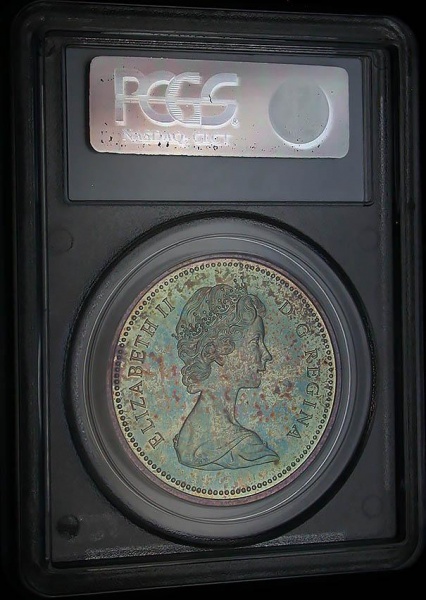 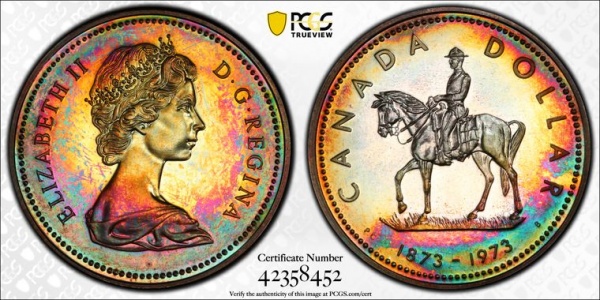 Make no mistake, the coins I won were as beautiful, if not more so, than the rainbowed TrueView above. Here are two examples: 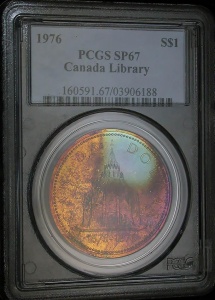 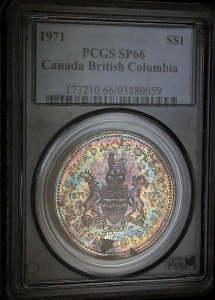 These would have been exceptional candidates for a PCGS reholdering resubmission with Gold Shield designation and TrueView. But I had spent too much $45-50 each in winning them in a HiBid auction. Yes, they were already held by PCGS, but I wasn’t impressed by that. They needed TrueView photographs for added value.

Conversely, I won these coins below in raw state and holdered them with TrueView: 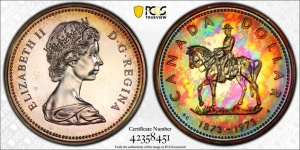 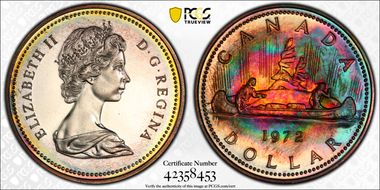 These and other similar coins consigned by me that week sold on eBay for between $80 and $132 dollars.

In the future I will adjust my buying habits accordingly, only bidding on original Canadian dollars in boxes and slabbing those with TrueView or submitting PCGS ones without TrueView for reholdering.

In my experience, TrueView adds value in several ways. Hobbyists not only collect coins but photos of coins because they have stored their treasures in bank boxes and this is a keen way to visit them without leaving the house. Others like me rely on TrueView for higher prices on the bidding floor.

Because I buy coins and holder them for my Coin Update columns, after which I consign them, I simply cannot continue losing funds as I did in the above auction in question.

One issue I have at the moment concerns the long wait time for PCGS to holder coins. One recent submission was at the company for five months. I had to contact PCGS twice to expedite them. I got the coins about a week later. However, the TrueView took two more weeks.

Thankfully, Phil Arnold got to you just as they were to be consigned on eBay. Otherwise, I would have anticipated more losses on investment.

We all know that PCGS coins sell higher on average than ones held by other companies. TrueView adds another layer of value because hobbyists appreciate the work of Arnold and staff. But PCGS should consider investing in more numismatic photographers and quicker turn-around times.

It’s in everyone’s interest, including the company’s.