The treasury of Niue has authorized (25th March) the release of new gold and silver Proof-quality collector coins which feature one of the world’s best-loved comic book characters, Superman. Created by writer Jerry Siegel and artist Joe Shuster, The story of the superhero first appeared in American comic books published by Action Comics (later named “DC Comics”) in June 1938. Readers were introduced to the character with the storyline of how Superman came to be and where he originally came from. Over the course of the character’s development, Superman was endowed with powers such as super-human strength, speed, X-ray vision and super-hearing, as well as the ability to fly and deflect bullets. Superman, with the alter-ego of Clark Kent, lands a job at the Daily Planet newspaper and with the help of editor-in-chief Perry White, his friend Lois Lane, a fellow news reporter, and Jimmy Olson, he defends the city of Metropolis from sinister evil-doers such as General Zod, Brainiac, and his archenemy, Lex Luthor. For nearly 50 years since his introduction, Superman was the best-selling superhero in American comic books.

The coins are produced by the New Zealand Mint at their facilities in Wellington on behalf of the treasury of Niue. Classic renditions of the superhero embellish the reverse side of the gold and silver coins, chronicling many of his renowned escapades and feats. From the acclaimed 1938 original comic cover to some of his most bold and familiar poses. 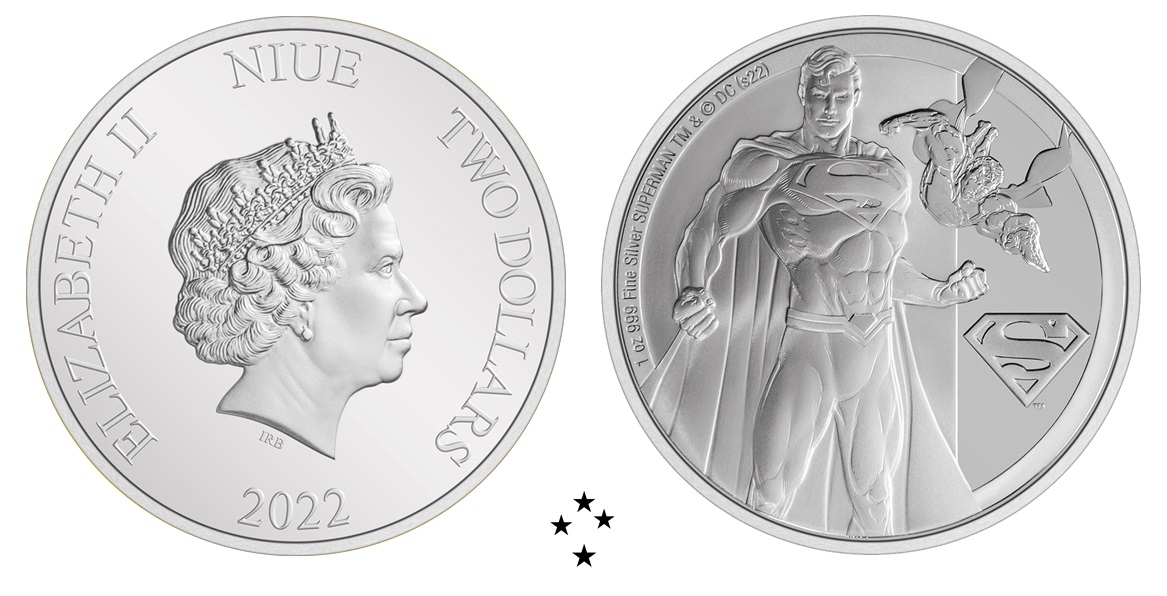 The reverse side of the $2 and $10 silver coins features Superman standing full-length in a powerful pose contrasting beautifully against a mirror background incorporating the iconic “S” shield. The silver purity and DC copyright shown along the upper-left edge complete the design. 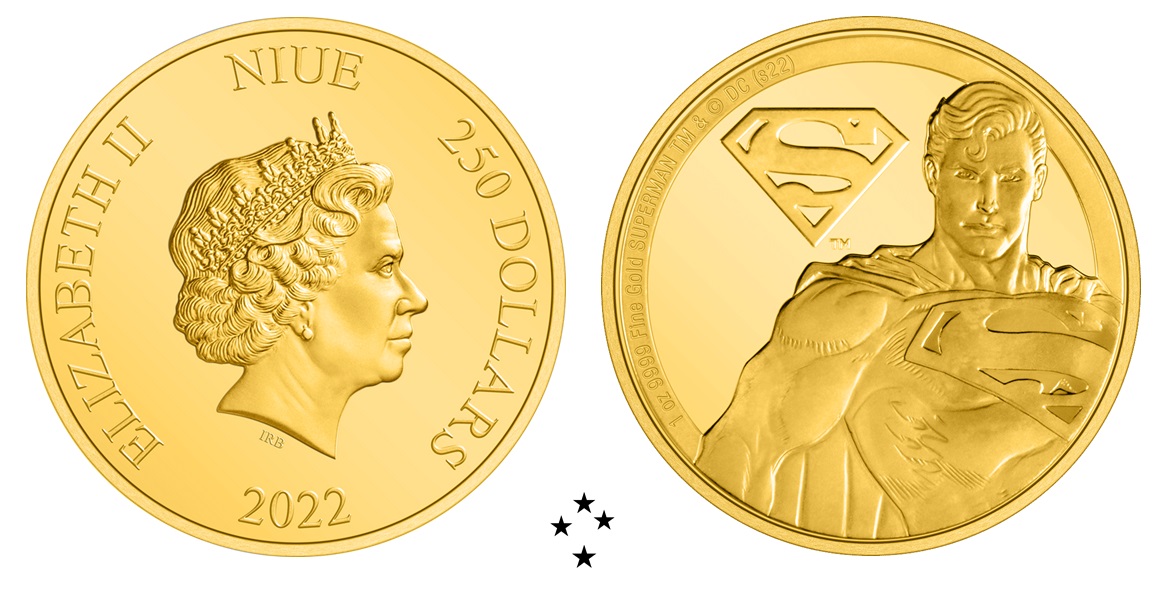 The reverse side of the $25 and $250 gold coins feature an engraved detailed close-up of Superman in a powerful pose along with his iconic “S” shield located just above his right shoulder. A frosted finish to these elements contrasts beautifully against the mirror background. The gold purity and DC copyright shown along the upper-left edge complete the design.

The obverse side of all four coin options includes the effigy of HM Queen Elizabeth II created by British sculptor Ian Rank-Broadley, along with the coins’ face value which is placed beneath the Queen’s likeness. 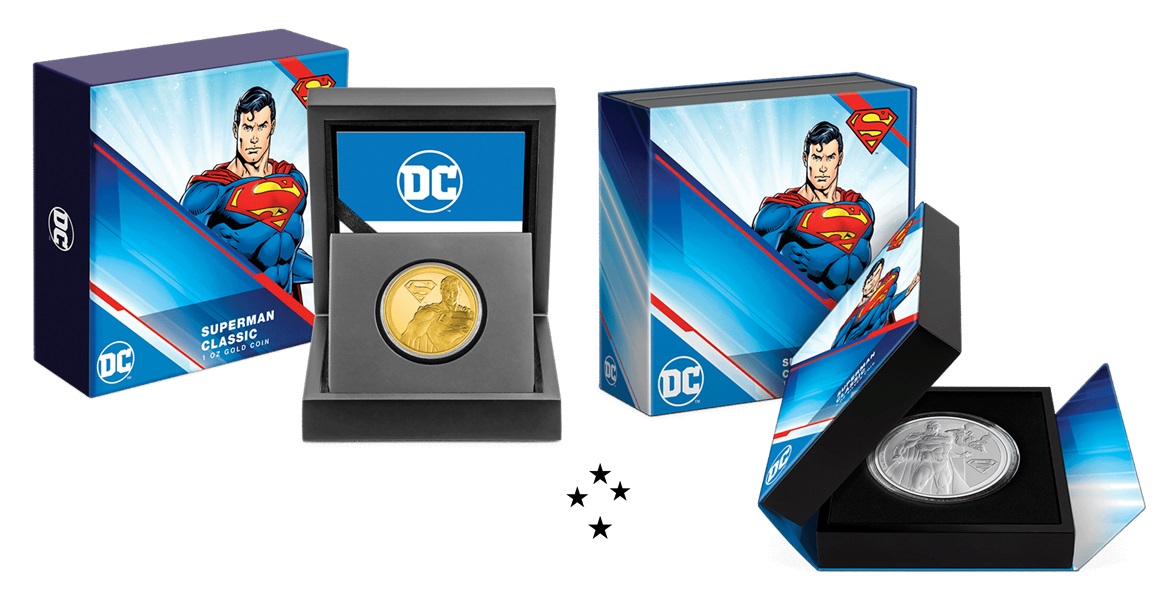 Each silver coin is encapsulated and presented in a decorative compact-style collector’s box lined with black velvet and accompanied by a certificate of authenticity which is printed on the back of the compact box. For more information about these coins, please visit the website of the New Zealand Mint.

Newer Heritage to Offer Gold Ingots from “Ship of Gold”
Back to list
Older Bowers on Collecting: Silver dollars in 1955 and 1956