On September 3, 1857, the SS Central America began a voyage from Panama to New York carrying very important cargo: thousands of freshly minted gold coins from California, desperately needed by New York banks that were facing an economic crisis. Six days later, the ship found itself in the grips of a Category 2 hurricane off the coast of the Carolinas. After three days of struggling with high winds and waves, the ship’s crew lost its battle with the storm and the Central America sank, resulting in the loss of more than 400 lives and more than 9 tons of gold.

For more than 130 years, treasure hunters dreamed of discovering the wreck of the SS Central America, which quickly became known as the “Ship of Gold.” When the wreck was finally discovered in the late 1980s, the process of retrieving its treasure began.

Numismatic Guaranty Company (NGC) is thrilled to reveal to the public the final mystery of the ship’s recovered cargo — a box containing $20 gold coins from the height of the California Gold Rush, now certified, preserved and ready to be studied and appreciated by collectors around the world. This video shows the treasure’s journey to the NGC grading room:

The coins graded by NGC consist of 123 US Liberty Head $20 gold coins, known as Double Eagles. The San Francisco Mint Box that contained the coins had been transformed into a “concretion” by the conditions that it endured during its time on the seafloor. The contents of the box were identified as coins, but their condition was unknown prior to its recent opening. After professional conservation, many of the coins were found to be of exceptional quality. 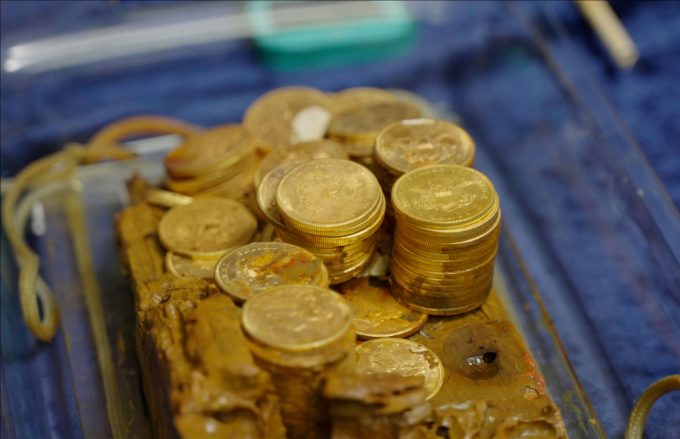 Mark Salzberg, NGC Chairman, praised the condition of the coins, describing some of them as “fresh off the die.” Among the most impressive coins discovered in the box was one that graded NGC MS 67 PL, making it the finest known prooflike example of an 1857-S $20 gold coin. 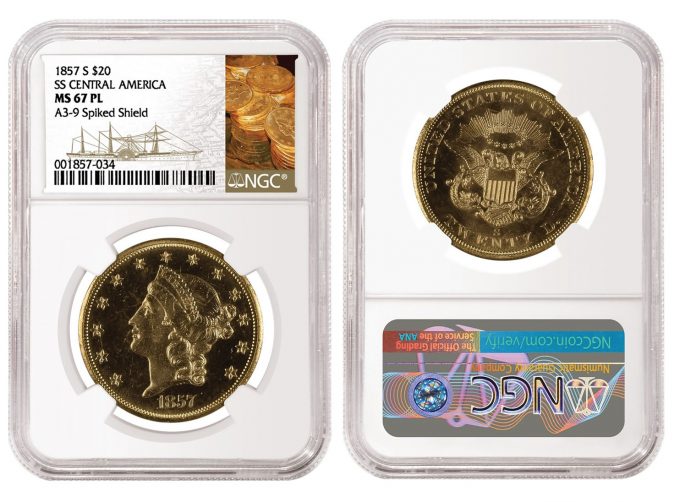 Another example with exceptional eye appeal graded NGC MS 67★, which is the highest-graded 1857-S $20 gold coin with the NGC Star Designation. 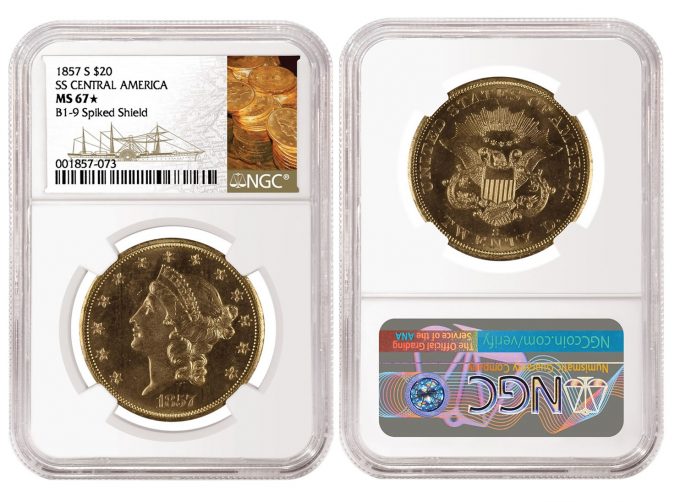 Incredibly, four of the 1857-S $20 gold coins graded NGC MS 67+indicating that they approach the quality requirements of an NGC MS 68. 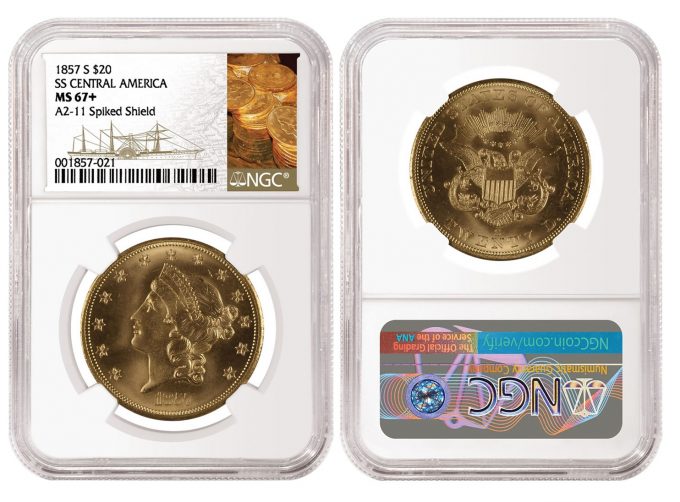 The coins certified by NGC were minted with gold mined at the height of the California Gold Rush. It was hoped that their arrival in New York would bolster confidence in the US financial industry, which had been shaken by the announcement of the collapse of the Ohio Life Insurance and Trust Company in August 1857. When the gold failed to arrive, it sparked what has come to be known as the Panic of 1857, which is considered the first worldwide economic crisis.

The discovery of the shipwreck after more than a century of searching resulted in numerous expeditions to reclaim the lost cargo. Bob Evans, Chief Scientist of the SS Central America recovery efforts, was instrumental in locating artifacts from the legendary ship, including the box of coins. Once the mineralization was removed from the coins, Evans says that they look “exactly the way they looked in 1857” with Prooflike coins even stacked together in the box.

As the coins were extracted from the concretion, each coin’s location in the box was cataloged according to row, stack and the coin’s place in the stack. These “coordinates” (appropriate for shipwreck coins) are indicated on the NGC certification label: first, “A” or “B” for the row; next is the number of the stack; and the third number identifies the coin’s place in the stack. Collectors will also appreciate that the NGC certification number for these coins includes the year 1857. 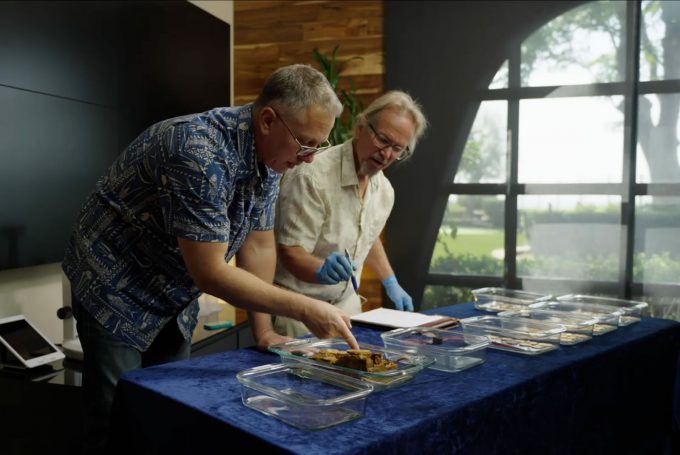 As the coins were extracted from the concretion, each coin’s location in the box was cataloged according to row, stack and the coin’s place in the stack.

The certification of the coins from the SS Central America is another example of the role that NGC has been privileged to play in the certification of significant historical artifacts, from coins retrieved from the bottom of the ocean to medals flown to the surface of the moon as well as many others that have captured the hearts of numismatists and earned a place in the history of coin collecting.

“You’re talking about the end of a great, great story,” Salzberg concludes. “It’s a world-renowned collection and to have it come here is just fantastic.”

NGC-certified coins from the SS Central America are now available through select retailers.