The James K. Polk Presidential Silver Medal arrives encapsulated and within a display case that is accompanied by a US Mint Certificate of Authenticity

Each medal is composed of 1 ounce of 99.9% pure silver and has a diameter of 1.598 inches, the same specifications as American Silver Eagles (which is no accident since they are struck using the same blank planchets). Presidential silver medals have a matte finish giving them an appearance like that of uncirculated coins.

The series itself has ties to the much older bronze peace medals produced by the US Mint in past centuries during each President’s term in office. These original medals were given as a sign of peace with Native American tribes, when signing peace treaties with other nations, or for other celebrations. This new silver medal harkens back to the Polk bronze medals of the past with similar imagery.

James K. Polk served as the US president from March 4, 1845, through March 4, 1849. He is best remembered for the expansion of US lands during his presidency including the annexation of the Republic of Texas, the settlement of the disputed Oregon territory with Great Britain, and the Mexico cession of nearly all of the American Southwest following the Mexican-American War. Polk left office after four years following through on his promise to serve one term.

Silver medals from the series are issued in the order in which served individuals in office and have so far depicted the following Commander-in-Chiefs:

Demand for these medals is decently solid. To date, sales for each has ranged from nearly 12,372 for the immediate previous release honoring John Tyler to 31,011 for the earliest issue celebrating George Washington. 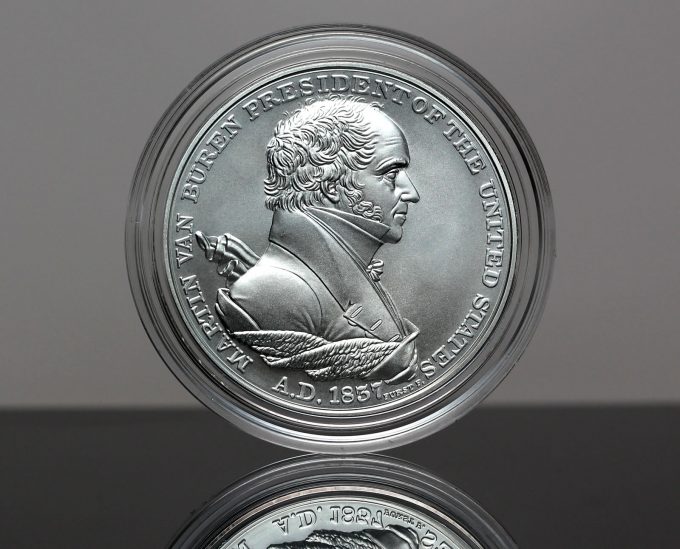 A likeness of the 11th US President James Polk is offered on the obverse (heads side) of each medal. The left-facing portrait of the former president is the work of 19th century artist John Gadsby Chapman who is probably most noted for his painting Baptism of Pocahontas which is in the US Capitol rotunda. 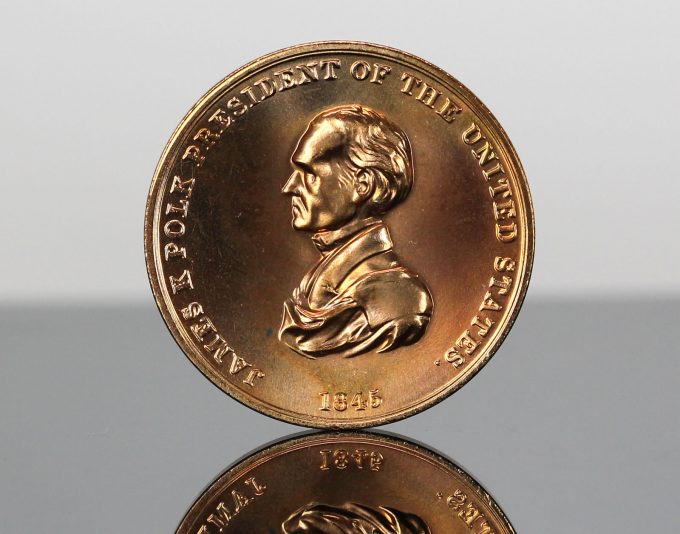 Inscriptions on the obverse read “JAMES K POLK,” “PRESIDENT OF THE UNITED STATES.,” and “1845.” 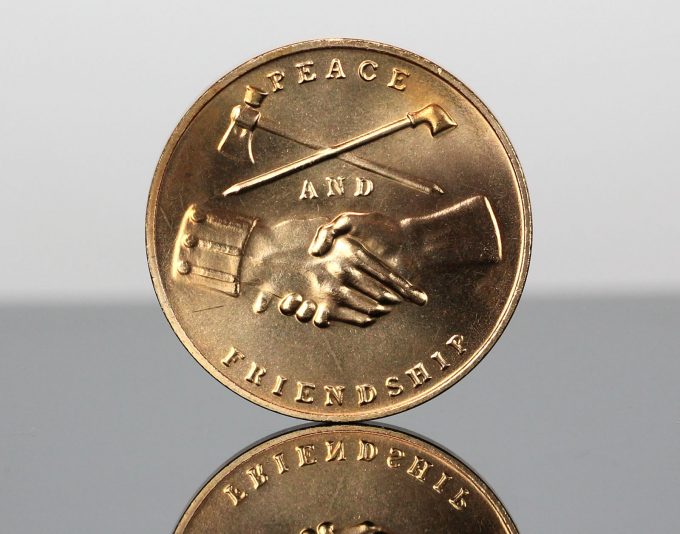 This photo is of the same bronze medal but with its reverse shown. The design also appears on the new silver medal’s reverse.

Appearing on the medal’s reverse is the inscription of “PEACE AND FRIENDSHIP,” which is symbolized by two hands grasping in friendship. One is shown with a cuff of three stripes and a button while the other is bare.

Priced at $65, the James K. Polk Presidential Silver Medal may be purchased from the US Mint via its online page dedicated to silver medals.

The series has no mintage limits or ending sales dates.