The problem used to appear in brick and mortar stores when a customer saw a rare variety or other overlooked feature on a coin. And the conventional ethical wisdom back then was to inform the dealer.

The dealer was kept to the same standard when a customer brought a rare coin but didn’t know it. The merchant was expected to inform the customer of the true value.

However, this personal interaction is missing in online auctions. They depend on computers and sales platforms.

You can contact sellers on eBay and HiBid.com. Some sellers on Proxibid allow this feature. Many don’t, although you can use the “Report” option to notify Proxibid if you suspect a forgery or mislabeling.

The new ethical fold concerns mislabeled lots, which are allowed to stay as they are, even if a potential buyer informs the auctioneer. Some sellers get angry when they point out a fake or replica. In fact, one such salesperson called my home to tell me not to share my opinion unless I was “a licensed numismatist”. (I’m a numismatic writer, book author, and former member of the Citizens Coinage Advisory Committee; but that didn’t impress).

Some auctioneers are polite and respond to bid errors. I recently did one on a mislabeled lot. I informed the seller and he removed the offer. 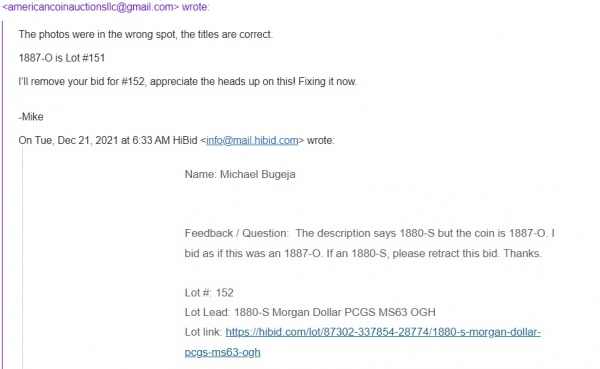 Incorrectly marked lots can be in favor of the seller or the buyer. This usually occurs when auctioneers overlook a rare variety, or when they claim a variety that it actually isn’t.

Here is an example of a mislabeled piece, a large motto two cent coin described as the rarer little motto type. 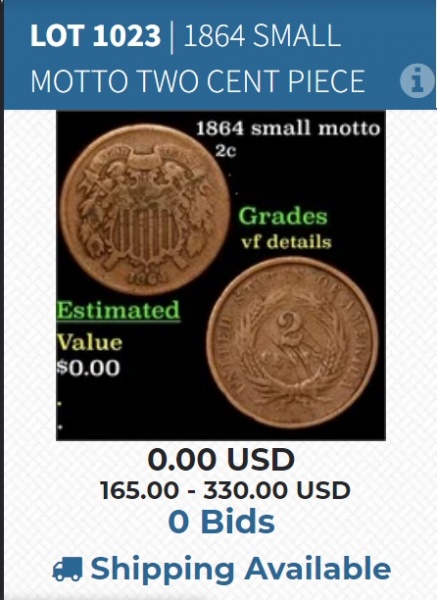 Here is a larger photo of the front: 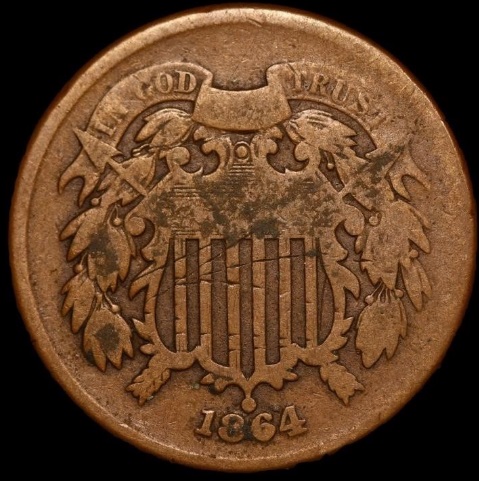 Here’s a close-up of the small vs. big motto so you can see the differences (or check out this article in the Coin Update): 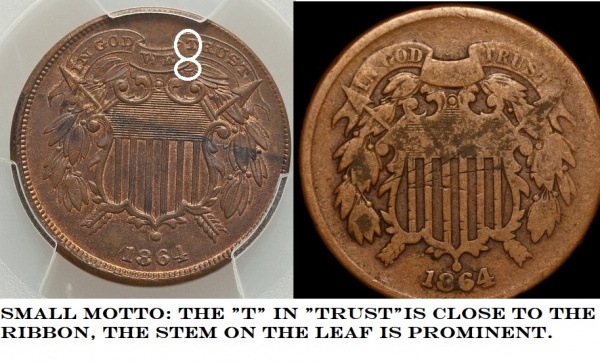 Here are other mislabeled lots that I put together on HiBid.com in one afternoon. 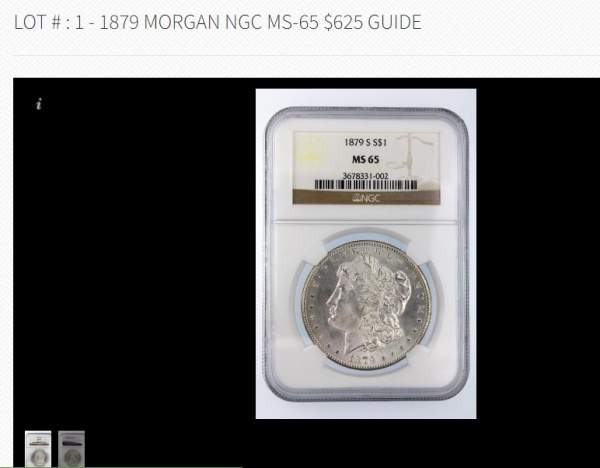 The next lot is described as the 1887-CC trade dollar. (There is no business strike at this point). 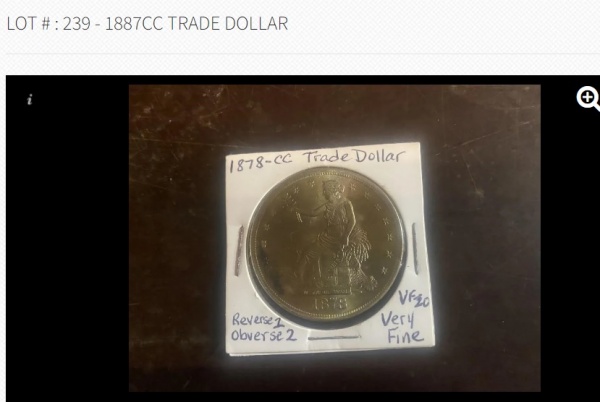 Here is a similar mislabeled piece with the description of 1880-O and the photo showing an 1888-O Morgan dollar: 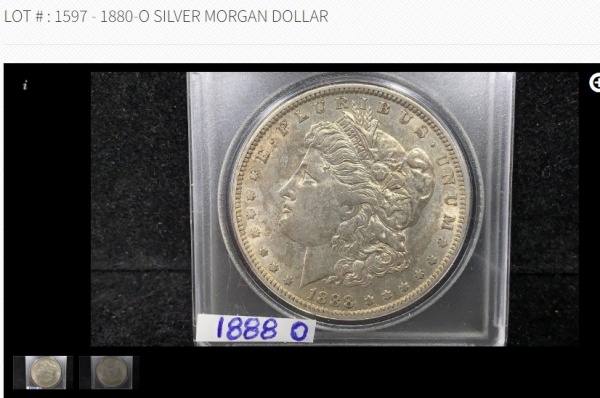 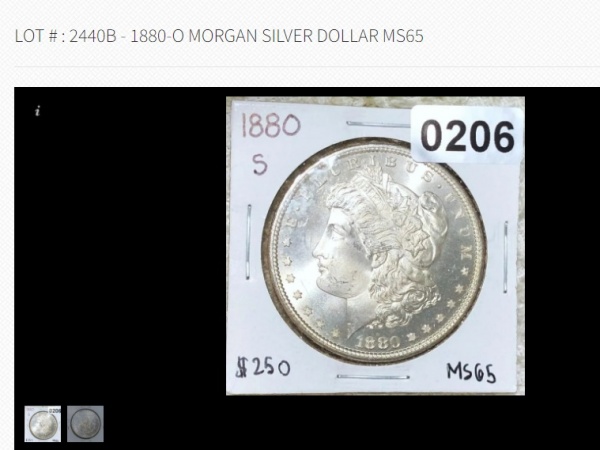 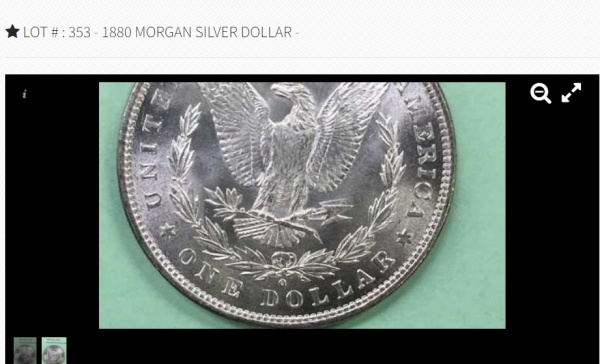 Sometimes photos of coins do not match descriptions, as in this case: 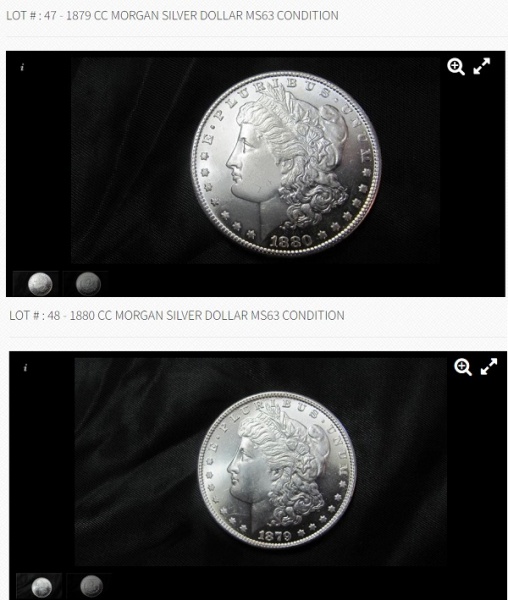 The auctioneer thanked me for alerting him to the problem: 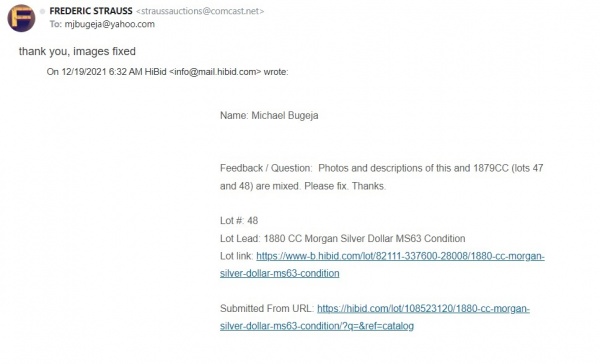 Many auctioneers do not respond. That is her problem. But what are your tasks? Here are a few suggestions:

Conversely, when an auctioneer thanks me for the correction, as some of me have done on HiBid.com, then they become my preferred trusted sellers.