Heritage Auctions’ US Coins Signature® auction from November 11-14 was packed with numismatic must-haves, from the earliest US coins to the wonders of the Old West and modern wonders. The collectors reacted accordingly: More than 3,000 bidders spent $ 11,432,236 during the almost completely sold out four-day event, setting a world record and exceeding expectations on numerous occasions.

In fact, a fierce bidding war on the first night of the event drove the final price of an 1870 gold coin to a world record as an 1870-CC $ 20 Liberty from the Prestwick Collection sold for $ 1,620,000. It should come as no surprise, as Carson City gold is known as an eagerly collected field in U.S. numismatics – and the $ 20 Liberty, which sold Thursday, is one of the rare survivors of the 3,789 allegedly minted. And with an AU53 rating, it’s the best PCGS certified.

But it was not only this that drew the attention of collectors: During the auction, two more Carson City gold pieces from the same collection were also sold at significantly more expensive than expected. 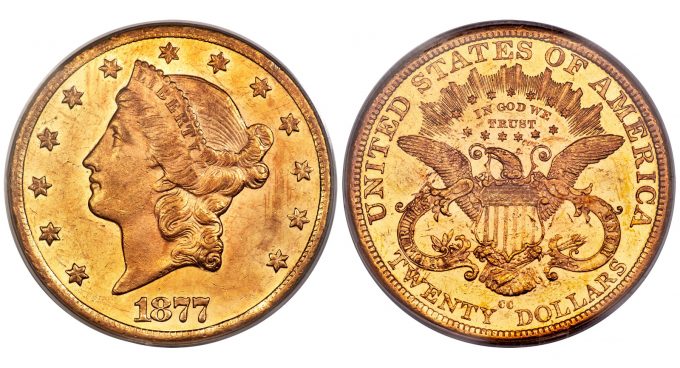 An 1877-CC Liberty Double Eagle, rated MS62, also sold for $ 144,000 and is highly regarded as a rare Carson City date; this coin is also certified for the finest and thus a valuable addition to a collection. It’s also a historic piece as the design of the double-headed eagle was slightly modified in 1877: it actually read “TWENTY DOLLARS”, replacing the “TWENTY D”. previously presented. This new design, which today’s collectors refer to as the Type Three Liberty double-headed eagle, represents the only major design change to U.S. gold coins that occurred during the Carson City Mint’s years of operation. 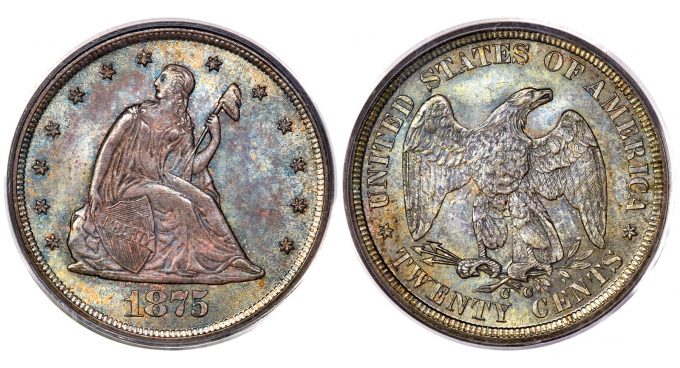 But everything that shone in this auction from The Prestwick Collection and Carson City wasn’t necessarily gold: an 1875 CC twenty-cent piece, rated MS66, sold for $ 84,000. The 20 cent denomination was not well received when minted – in part because it was very similar to the quarter dollar – and some of the coins were withheld by the mint until they were finally melted down in May 1877 on orders from the mint’s director. But time heals all wounds, as the popularity of this rarity in this auction proves.

Two early proof coins also sold well above expectations prior to the auction. Both coins date from the mid-19th century, making them exceptionally rare, as US coins were not regularly issued by the US mint until around 1860. 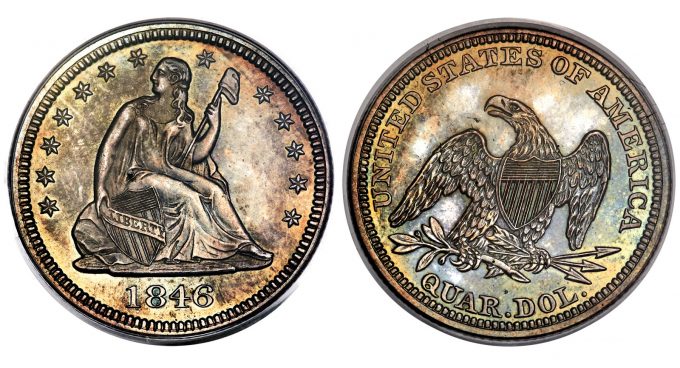 One, an 1846 Liberty Seated Quarter rated PR64, sold for $ 21,000. No circulation figures were recorded for this 1846 document, but the total production was undoubtedly small – so small in fact that seated quarters specialist Larry Briggs estimates only 10-12 copies, while PCGS CoinFacts estimates an even smaller surviving population at 8. 10 examples, in all grades. The Heritage Catalogers have located 13 pieces that we believe are different examples, including one in the Smithsonian Institution’s National Numismatic Collection. 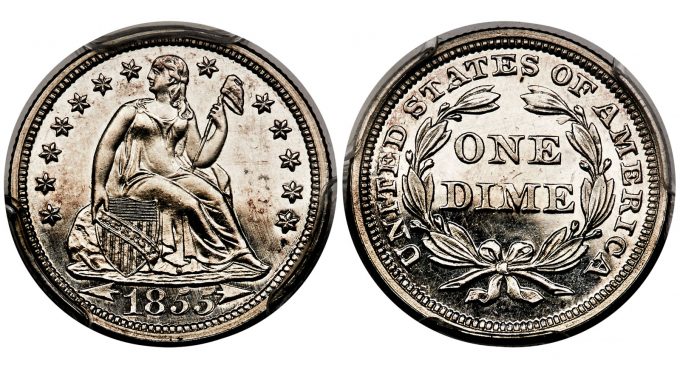 And an 1855 Arrows Dime, rated PR64, raked in $ 16,800, commensurate with its status as a rare example of cameo. This is also extremely rare in all degrees: PCGS CoinFacts estimates the surviving population at 15-20 specimens. 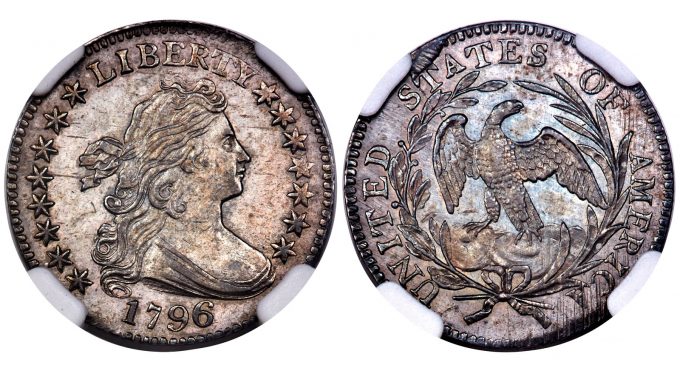 Offers from the early days of the United States Mint also proved popular at this auction, including a 1796 Draped Bust Dime rated MS63, which is one of only two known coins that are from the final state with a triangular cud above the first T. were coined in “STAATEN”. This renowned coin – belonging to the Dr. George P. French, T. James Clarke, Lester Merkin, John Walter Whitney, and Eugene Gardner – sold for $ 43,200. 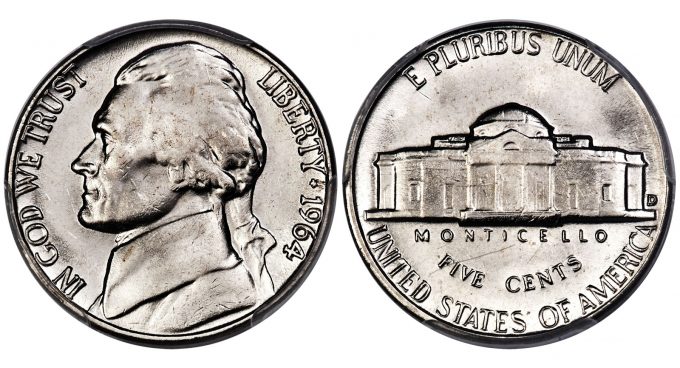 Modern offers also thrived under the Colonial and Old West coins offered last weekend. This included a 1964-D / D Jefferson Nickel that typically sells for less than $ 10 … that made $ 9,000 thanks to the flipped mintmark that was clearly visible under a magnifying glass of this popular variety of Cherrypickers. This is a high quality, brilliant, and engaging example. PCGS has ascribed only six specimens of this variety in all grades.

“We were very pleased to see how high the collectors’ participation in this auction was across the board,” says Miller. “The history of this country is uniquely told through its coins, and Heritage Auctions is proud, as always, to bring these meaningful offers to collectors who wish to own a piece of that history.”

Newer Precious metals have seen their first weekly declines in three weeks
Back to list
Older Canada: New 5-dollar silver coin “Moments to Hold” commemorates the centenary of the introduction of the national colors