More than 5,100 worldwide bidders have eagerly bid to increase the total result of the Long Beach Expo US Coins Signature® Auction and the US Currency Signature® Auction to a total of 15,787,609 US dollars.
1870-CC $ 20 XF40 PCGS. Grade 1-A. This rarity fetched $ 360,000 at Heritage’s Long Beach US Coins Sales. (Pictured from Heritage Auctions, HA.com.) 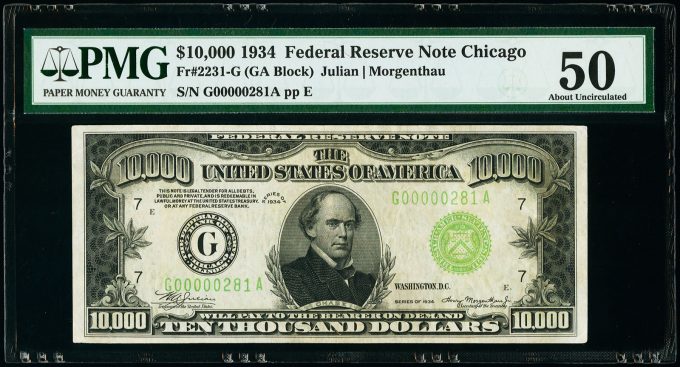 “Demand for rare and sought-after coins and currencies continues to grow, which is reflected in the results of this auction for both coins and currencies,” said Greg Rohan, President of Heritage Auctions. “People looking for high-end coins and notes came from this event with exceptional items to bolster their collections.”

The 1870-CC double-headed eagle in this auction is a new discovery, an heirloom that has been passed down through generations. It was completely unknown to the collectors world until recently. From the small edition of only 3,789 pieces from 1870, only about 60 survivors of all qualities are known. 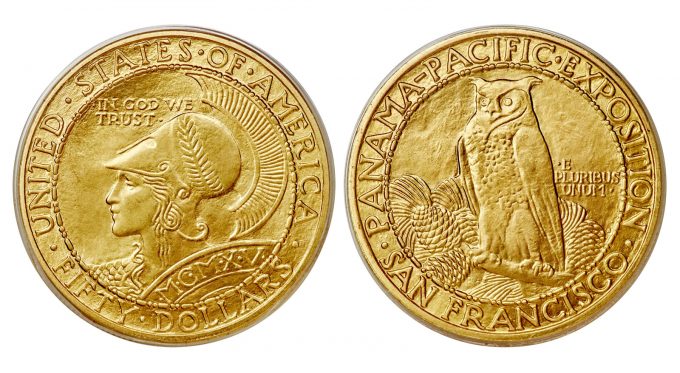 From the initial minting of $ 50 gold pieces for the Panama-Pacific International Exposition, a 1915-S $ 50 Panama-Pacific 50 Dollar Round MS65 PCGS rode 68 bids to $ 180,000. This is a round version of the coin that was celebrated in an octagonal shape, and the attention paid to the eight-sided version made its round counterparts largely overlooked; This makes the round version the rarer of the variants and more valuable in high quality. 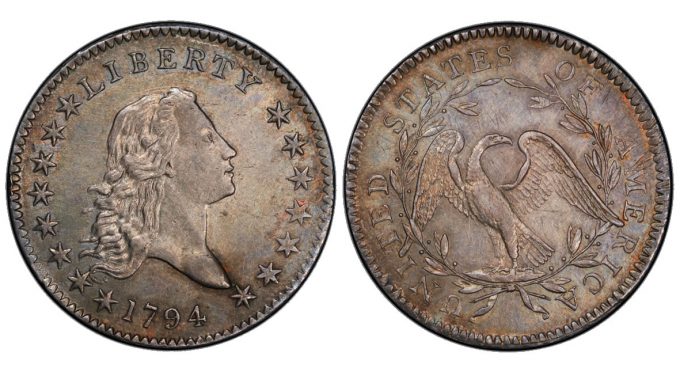 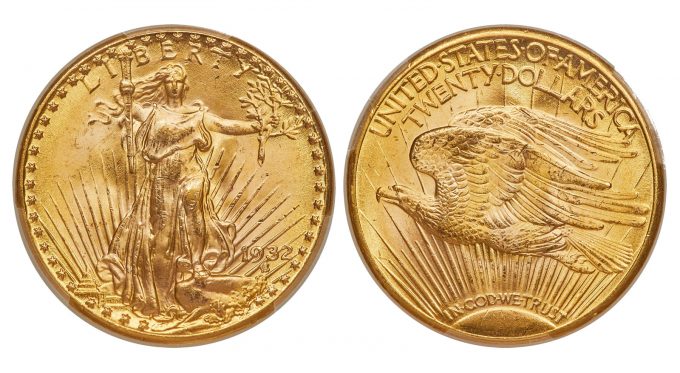 A 1932 $ 20 MS65 PCGS, one of the first Saint-Gaudens Double Eagles to be auctioned regularly, attracted more than 50 bids before reaching its final price of $ 156,000. All but 250 double-headed eagles from 1932 that were reportedly minted are believed to have been kept in the Philadelphia Mint vaults before being melted down to the public following President Franklin D. Roosevelt’s 1933 gold recall order, 113 were privately sold by the Coin Cashier or Treasurer to specific buyers, including a group of 50 to Spencer S. Marsh of Newark, New Jersey. The example offered is believed to be one of approximately 95 available in all grade levels. 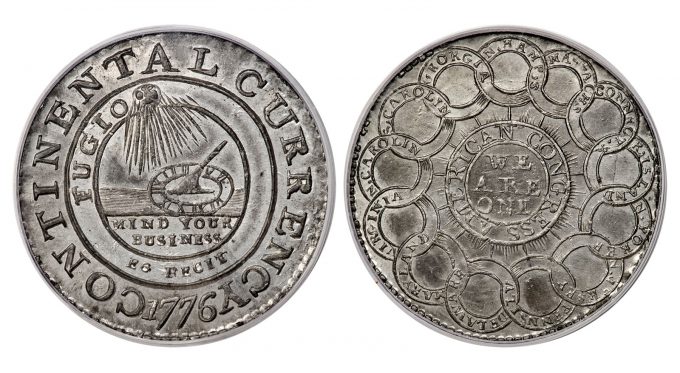 For almost two centuries there has been a numismatic tradition that continental dollars were minted in 1776 at the behest of the Continental Congress as a prototype for an American dollar coin. The theory was the subject of debate, but an article in The Numismatist’s January 2018 issue presented strong, if not irrefutable, evidence that the continental dollar was indeed struck around 1783 in Europe, not Revolutionary War-era America. A near-gem example, $ 1776, 1 continental dollar, CURRENCY, tin, e.g. FECIT, MS64 PCGS. Newman 3-D, W-8460, R.4, drew a bid of $ 150,000. 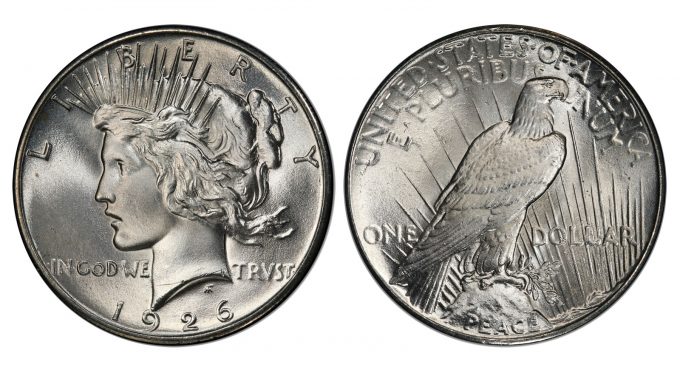 Other top lots at the auction included:

“The robust collectibles markets bring out some great items, pieces that we may only see once in a decade or less,” said Dustin Johnston, vice president of Heritage Auctions. “The market is reacting in the same way. We set many new records last week because no one knows when these opportunities will arise again. Smart collectors need to be on their guard now; this market is moving fast.” 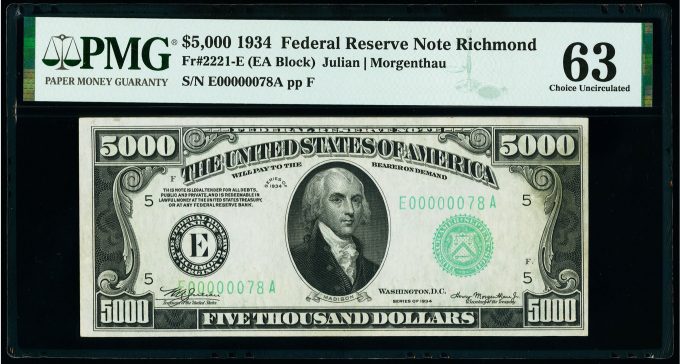 A high quality Fr. 2221-E US $ 5,000 1934 Federal Reserve notes. PMG Choice Uncirculated 63 more than doubled its pre-auction estimate when it sold for $ 204,000. This rare and popular $ 5,000 Richmond Fed is potentially a high face substitute note. This offering bears a teal seal, which is not the correct color for the regular $ 5,000 and $ 10,000 FRNs spending, which should be a vibrant light green color; Replacement notes were often printed at a different time than the regular production runs, in which case the serial numbers would have had to be set manually. 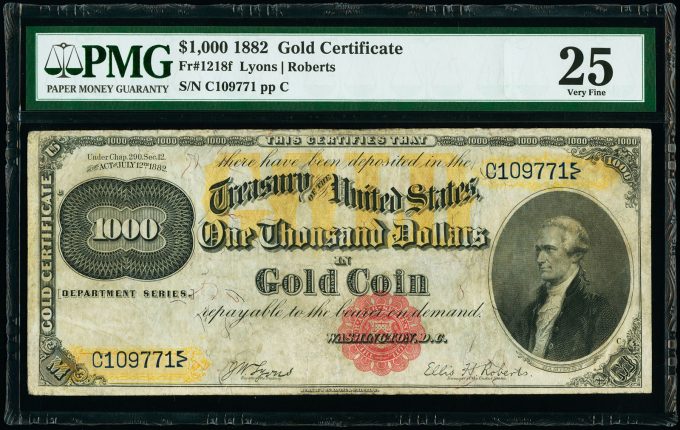 A Fr.1218f $ 1,000 1882 Gold Certificate PMG Very Fine 25 from the Yuri Solovey High Denomination Collection fetched a hammer price of $ 192,000. The $ 1,000 series 1882 gold certificates are listed as eight different significant numbers in Paper Money of the United States by Ira and Arthur Friedberg, each with different signature combinations than the offices of the Treasury Registry and Treasurer of the United States. In total, only 96,000 copies were printed, and the high face value, coupled with the Gold Reserve Act of 1934 under Roosevelt, resulted in massive redemption rates. Only 11 examples are listed in the serial number count, including one that is permanently on hold at the Federal Reserve Bank of San Francisco. 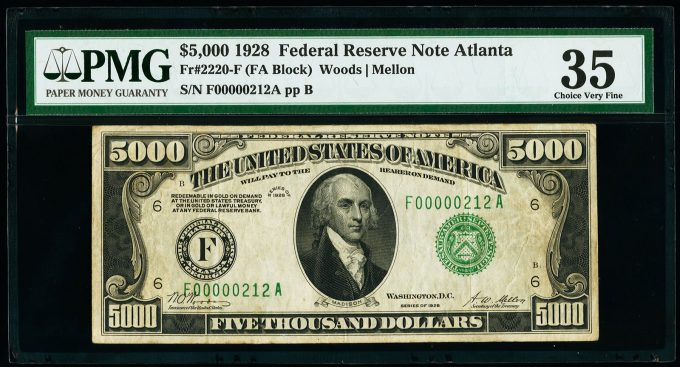 A Fr.2220-F $ 5,000 1928 Federal Reserve Note. PMG Choice Very Fine 35, from a series that printed notes for only nine of the 12 Federal Reserve Banks, climbed to $ 150,000. This specimen from Atlanta, also from the Yuri Solovey High Denomination Collection, is one of only about 20 survivors known from all boroughs combined. The small total is the result of tiny print runs compared to most print runs of the 20th century, with only 1,440 notes printed and published across the Atlanta District. 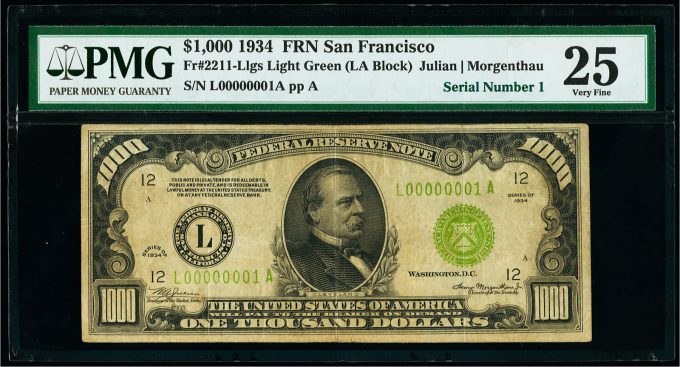 Another standout piece from the Yuri Solovey High Denomination Collection and the San Francisco District, a serial number 1 Fr. 2211-L $ 1,000 1934 Federal Reserve light green seal sheet music. PMG Very Fine 25 reached $ 126,000. This example is the only No. 1 reported US Federal Reserve over $ 1,000 outside of the government’s hands.

Other top marks in the auction include: