As the song goes, “Mele Kalikimaka is the thing to say on a bright Hawaiian Christmas Day …” Collectors will definitely celebrate when the Big Island Collection of Hawaiian Coinage and Tokens crosses the auction block at Heritage Auctions’ US Coins Signature® event in December . 16-19, on time for the holidays.

The collection, aptly named Big Island, includes 15 lots from the state known as a tropical vacation destination, but also one with an important numismatic history.

“The Big Island Collection tells the story of Hawaii’s monetary history, including coins that circulated during a coin shortage,” said Sarah Miller, senior vice president of Heritage Auctions. “This collection also contains a beautiful example of what ‘could have been’ with the fascinating Reginald Huth design.”

The highlights of the Big Island collection include:

An 1881 5C Hawaii Five Cent MS65 PCGS. Medcalf-2CN-1, KM-2 can be identified as one of the original 1881 stamps minted in Paris on behalf of the owner of a nickel mine in New Caledonia who offered to produce five cent pieces for the Hawaiian Islands. The inscription on the front identifies King Kalakaua as the “King of the Sandwich Islands,” the name given to Hawaii. The inverted design had a misspelling in the Hawaiian motto, leading to speculation that the combination of errors was enough for King Kalakaua to reject the coin proposal. 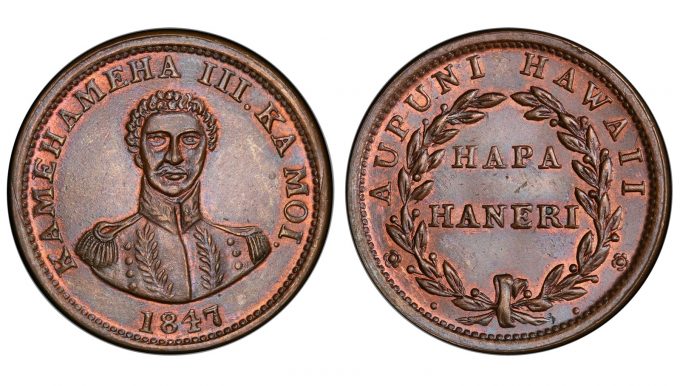 An 1847 1C Hawaii Cent MS65 Brown PCGS. CAC. Medcalf 2CC-1, Crosslet 4 in the date. This is the second-oldest of five varieties for the 1847 cents that were the first official coinage for the Kingdom of Hawaii. The obverse shows a portrait of King Kamehameha III. The legend includes his name, followed by KA MOI (“The King”). The reverse shows the designation HAPA HANERI (“Hundred Part”) within a wreath containing nine berries on the left and nine berries on the right. AUPUNI HAWAII (“Kingdom of Hawaii”) is up. 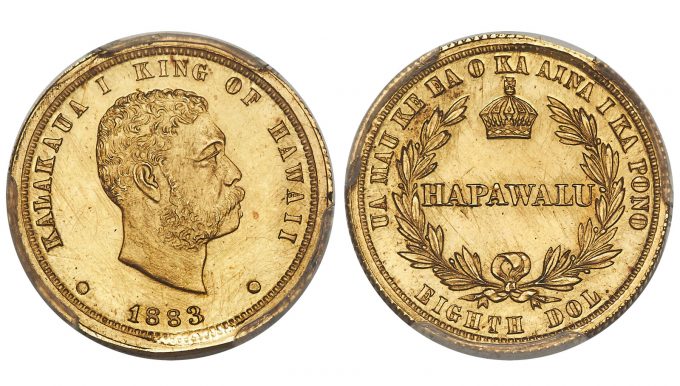 Sometime around the turn of the century, an unknown countersink produced a series of fantasy pieces made from various metals that were patterned after the Hawaiian coinage of 1883. It appears that he used the original 1883 hubs to prepare the dies. An 1884 1 / 8D Hawaii Fantasy Strike Hub Impression 7.5g MS66 PCGS appears to be one of three gold fantasy pieces that have surfaced in King Farouk’s fabulous collection. John Dannreuther believes that only two sets of fantasy pieces were struck in gold. Although the PCGS holder gives the date of this piece “1884”, the date on the coin itself is 1883.

Apart from the Big Island Collection, the auction is peppered with specimens of superlatives that will be a highlight in every collector’s coin cabinet. 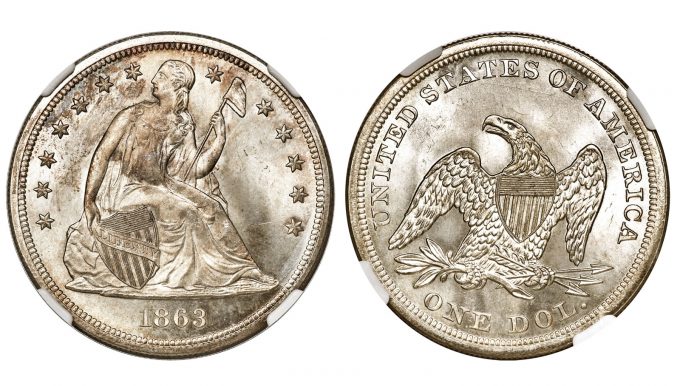 An 1863 $ 1 MS67 NGC. OC-1, Low R.3 was included when Heritage Auctions sold the collection of Baseball Hall of Famer Andre Dawson’s collection in 1998. In the catalog for this auction it was named “(one of) the most impressive, and indeed, unforgettable Seated Liberty Dollars that we have ever had the privilege of offering at auction.” Since then, the number at the highest conservation level has not increased for that date. Another coin has been certified MS67 by NGC, while PCGS only has a single coin (11/21). In 1998, Dawson presented dozens of coins with his name listed on the case’s pedigree. However, it has been years since we saw another coin with his name in the family tree, which leads us to suspect that most have been upgraded or crossed, so very few coins can be directly assigned to his collection. 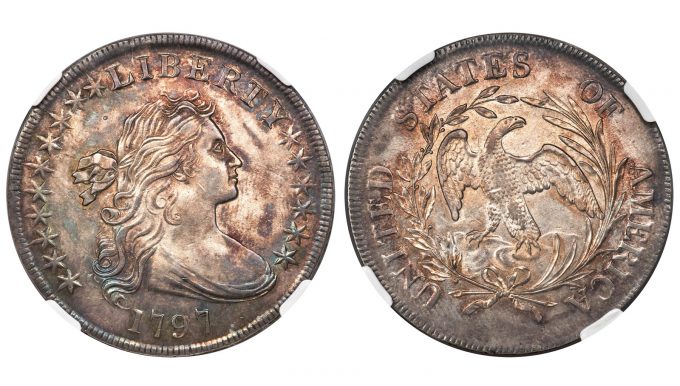 A 1797 $ 1 10 × 6 Stars, Large Letters, B-3, BB-71, R.2, MS63 NGC. State III is one of the two or three best known specimens for the coin, typically in XF or. find lower grades. This piece stands in stark contrast to the typical Small Eagle Bust Dollar and would be a wonderful addition to a set or date set. It is an excellent example of both the variety and the small eagle type, which was minted only from 1795 to 1798. 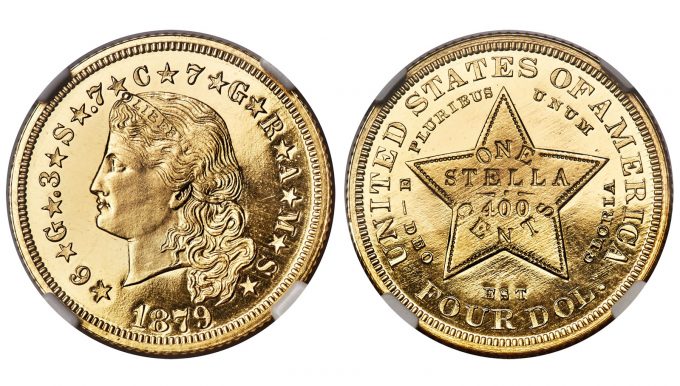 A 1879 $ 4 Flowing Hair, Judd-1635, Pollock-1833, JD-1, R.3, PR66 Ultra Cameo NGC supports the theory that many numismatic collectors are looking for what has been collected in the past. This is the case with the 1879 Flowing Hair Stella. These four dollar gold patterns have long been included in sets alongside regular coinage and the tradition continues. In fact, the Stella is the only sample edition with its own section in the annual travel guide, between the three-dollar gold piece and the half eagle, which, unlike the Stella, were each actually in circulation. 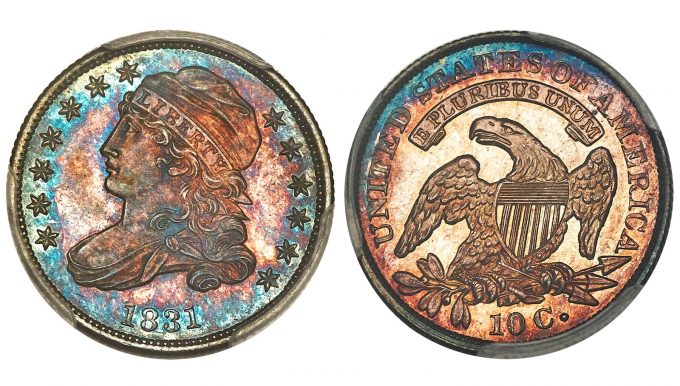 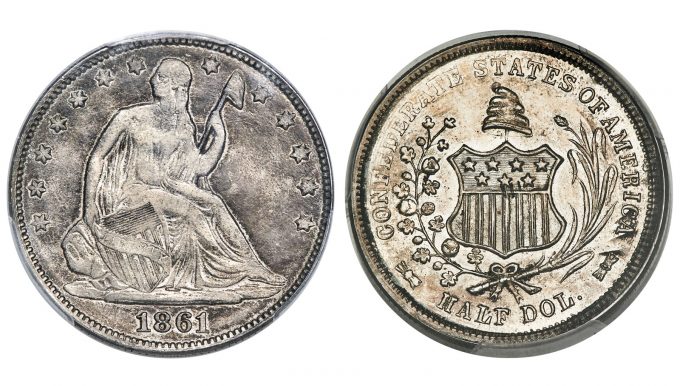 For more information and pictures of all lots in this auction, visit HA.com/1337.

Heritage also enjoys the highest online traffic and the highest dollar volume of any auction house in the world (source: SimilarWeb and Hiscox Report). The Internet’s most popular auction house website, HA.com, has more than 1.5 million registered bidding members and searchable free archives of five million past auction records with prices obtained, descriptions and resizable photos. Reproduction rights are routinely granted to media for picture credits.