From the Colonel’s Desk: Token roundup—tracking the “Kentucky cent” at auction

One year ago this week, in this column, we took a look at the famous 18th-century copper pieces popularly known as Kentucky tokens or Kentucky cents. (See “Kentucky on Top of the World (or at least the United States),” June 10, 2021.)

These interesting half-dollar-sized tokens were minted in England not long after the Revolutionary War—but with a decidedly pro-American message. They feature Kentucky (abbreviated “K”) on top of a pyramid of stars representing the fifteen states in the relatively young nation. They likely date from the early 1790s.

Large quantities were produced in several varieties, and today more than a thousand examples are still around—which means they frequently get bought, sold, and traded, and find new homes as avid collectors seek them out.

Here are some Kentucky tokens that have been auctioned since June of 2021: 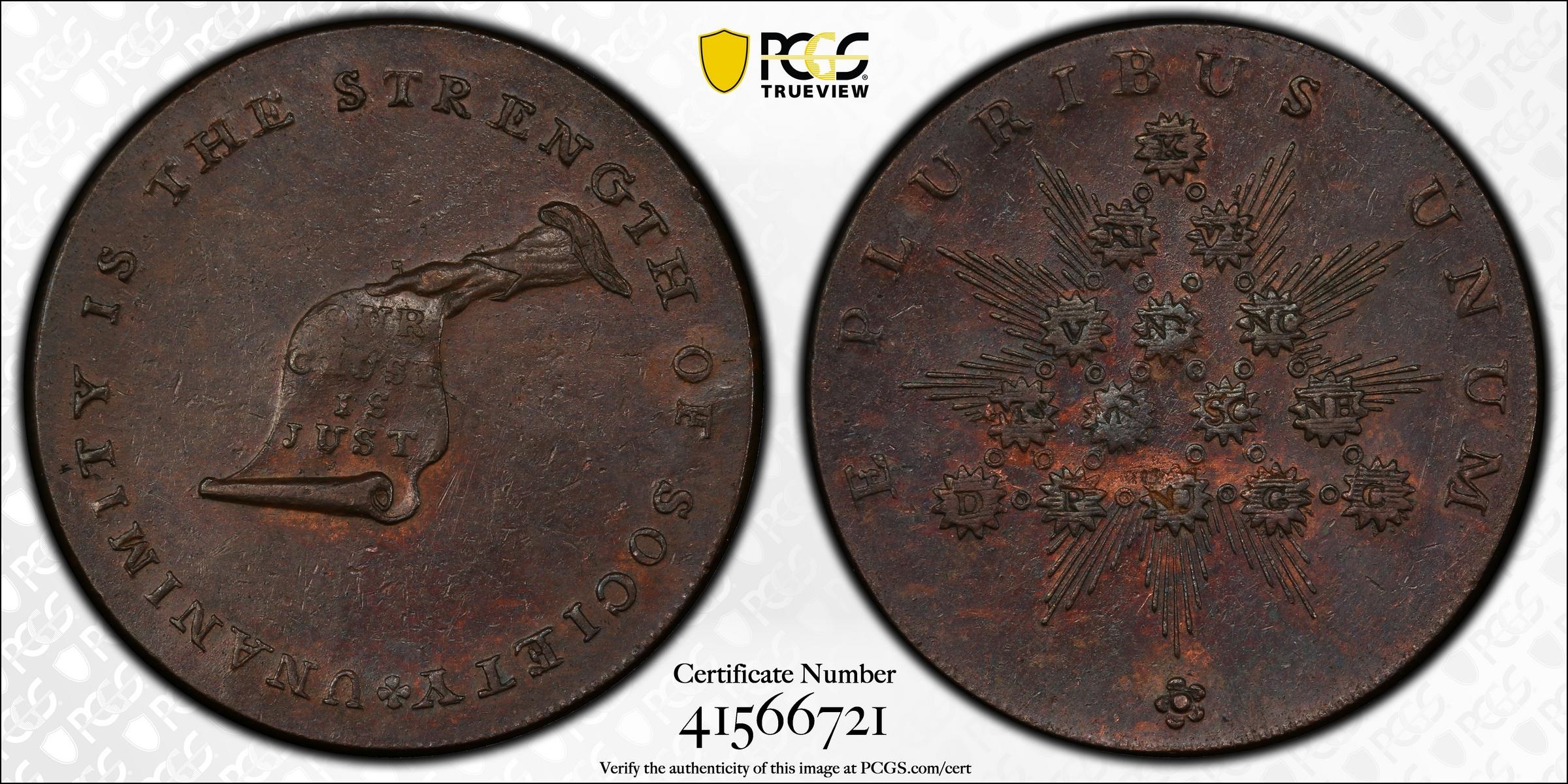 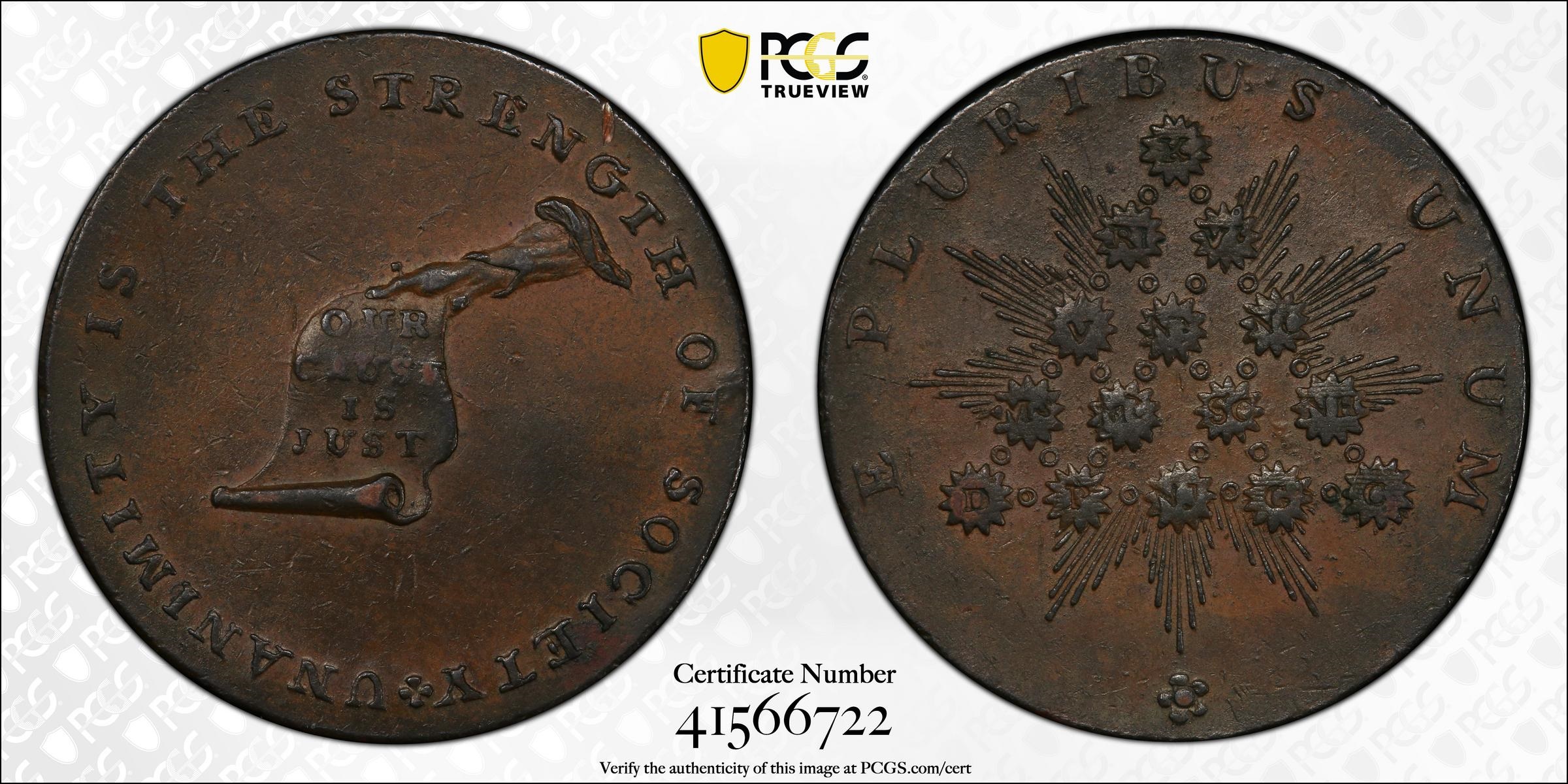 June 2021, $528. W-8810 in the Whitman Encyclopedia. Rarity-5. Copper. LANCASTER edge. AU-55 (PCGS). 174.2 grains. “Attractive surfaces that are a pleasing blend of tan and medium brown. A small scratch on the rim at 2 o’clock on the obverse is the only mark to note. High quality in general and shows traces of luster.” (Stack’s Bowers Galleries, from the Norman G. Peters Collection.) 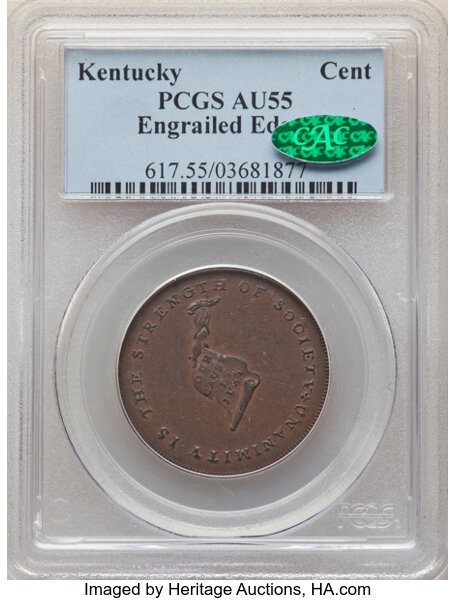 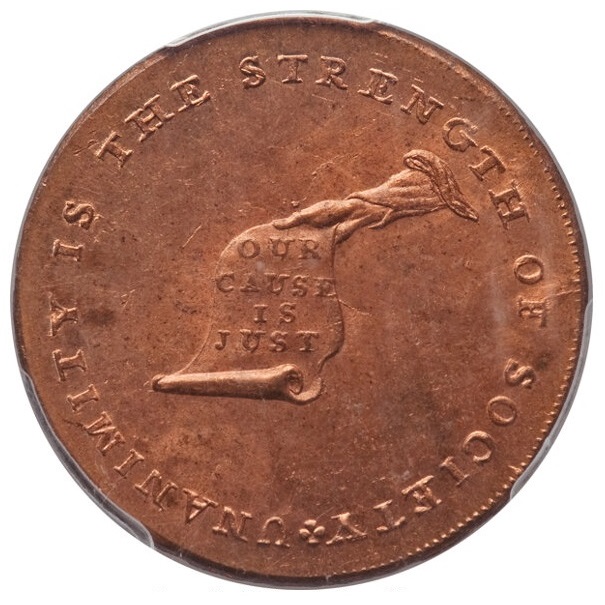 Jan 2022, $4,560. W-8810 in the Whitman Encyclopedia. Rarity-5. Copper. LANCASTER edge. MS-64 Red (PCGS). This token is the same style as the one sold in June 2021 (shown above), but in a much finer grade, and with its luster still a mint red, instead of having faded to copper-brown over time. The better condition caught the eye of several collectors, and drove its hammer price well beyond $4,000 (compared to $528 in about uncirculated condition). (Heritage Auctions.) 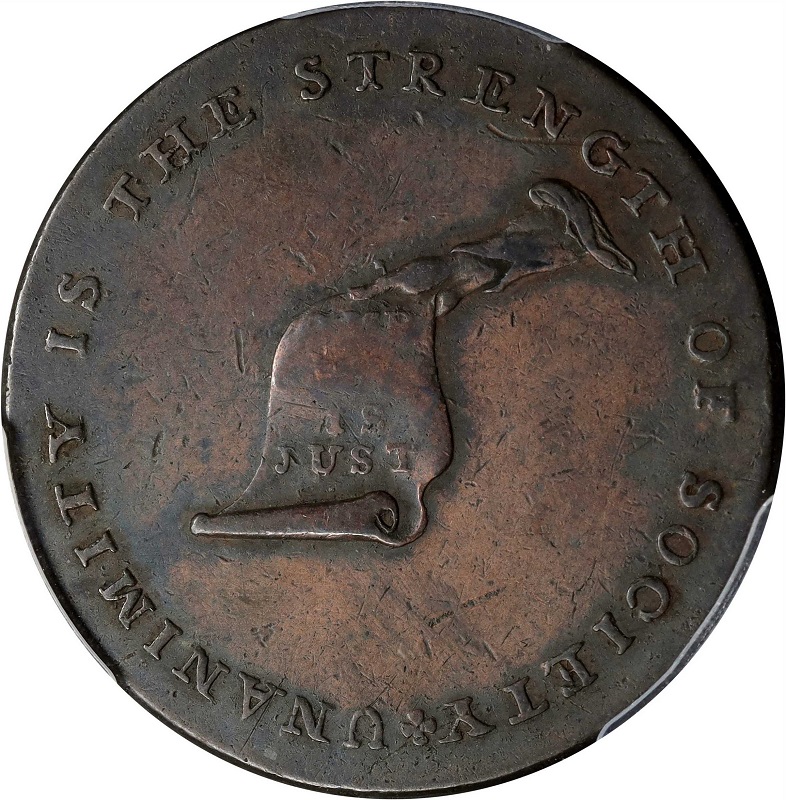 March 2022, $168. W-8800 in the Whitman Encyclopedia. Rarity-1. Copper. plain edge. VF Details—Cleaned (PCGS). This token is in a middle circulated grade, showing the wear of age, and was cleaned at some point in the past 200-plus years—a serious faux pas to collectors, who live by the motto, “Never clean your coins!” It sold for $168 to a collector willing to look past its flaws in appreciation of its remarkable history. (Stack’s Bowers Galleries.) 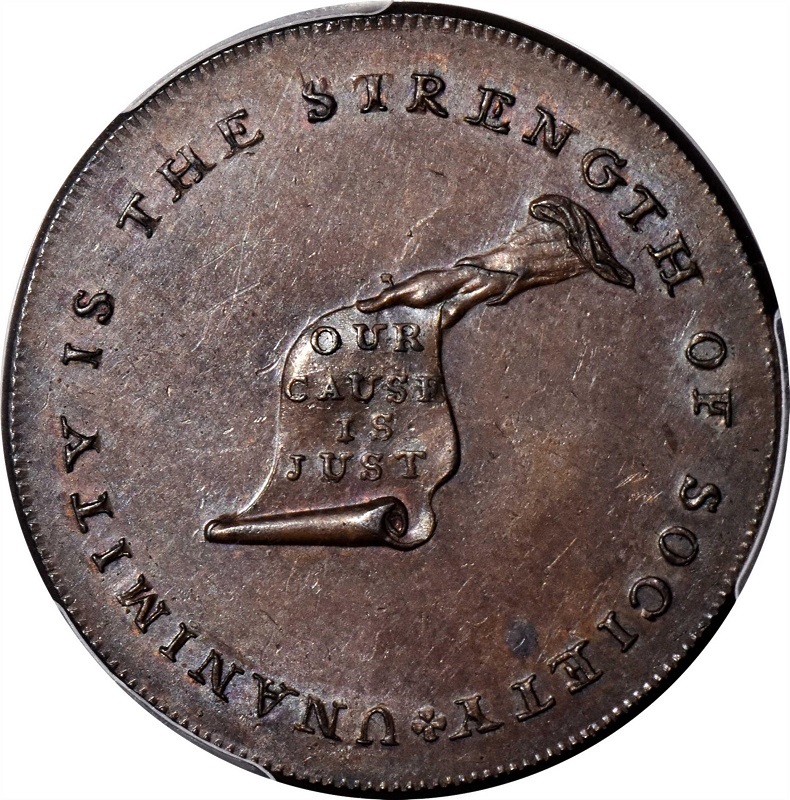 Apr 2022, $1,140. W-8800 in the Whitman Encyclopedia. Rarity-1. Copper. plain edge. MS-63BN (PCGS). “Lustrous chocolate-brown with steel-blue overtones. A well-struck and attractive Choice Mint State example of this popular Guide Book–listed type.” Uncirculated condition and rich eye appeal attracted serious buyers to this particular Kentucky token, which sold for more than $1,000. Its provenance dates to the June 1963 Kagin’s Quarter Millennium Sale, and then the Star of Texas Collection. The auctioneer referred to this token type as being listed in the Guide Book of United States Coins—a distinction that always attracts collectors. (The Guide Book, popularly known as the “Red Book,” sells in the hundreds of thousands of copies annually.)

This range of prices, from a little more than $150 to nearly $5,000, for pieces in different grades and varieties, illustrates that Kentucky tokens can be collected on nearly any budget. Every one of them brings its new owner the satisfaction of holding a significant piece of early American history.

Dennis Tucker is the publisher of Whitman Publishing, a leading producer of books, storage and display supplies, and other resources for collectors and hobbyists. He was commissioned a Kentucky Colonel in March 2021 for his career in book publishing and his promotion of the Commonwealth’s status as an important subject in numismatics. His column “From the Colonel’s Desk” explores the Bluegrass State’s rich connections to American coins, tokens, medals, paper money, private currency, and related artifacts. To read more, visit the “From the Colonel’s Desk” archives.