The Royal Danish Mint has issued new silver commemorative coins (14 January) to celebrate the 50th anniversary of Queen Margrethe II’s accession to the throne. The heir presumptive of the Kingdom of Denmark succeeded her father King Frederik IX on 14 January 1972. 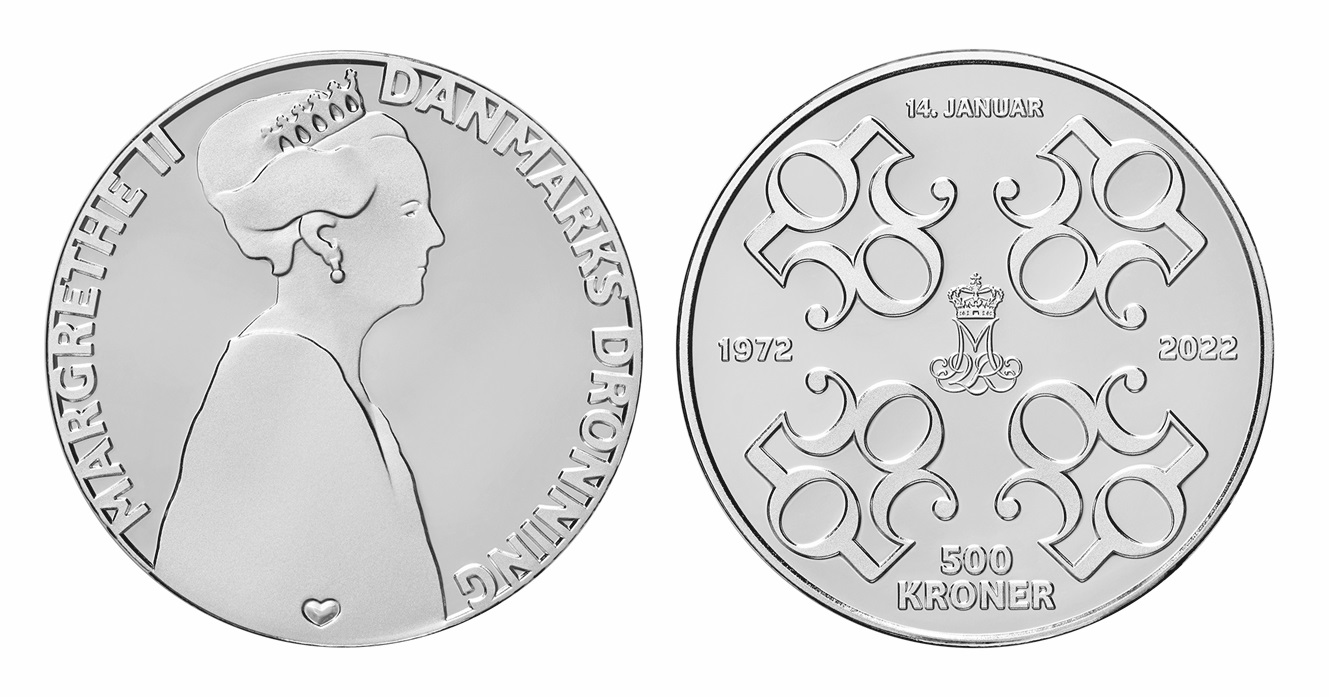 The Proof quality 500 kroner and 20 kroner silver metal coins are produced by the Mint of Finland at their facilities in Vantaa, Finland under license from the Royal Danish Mint and are designed by sculptor Kathrine S. Moseholm (obverse) and Royal designed by Jeanette Skov Jensen, Design Director at the Danish Mint (back). The obverse features an abstract portrait in profile, facing right, of Queen Margrethe II, inspired by the art of paper cutting, rooted in the minimalist sculptural tradition. The caption on both sides of the effigy reads MARGRETHE II. QUEEN OF DENMARK. A traditional heart or mint mark denoting the Royal Danish Mint is featured above the portrait at the bottom. 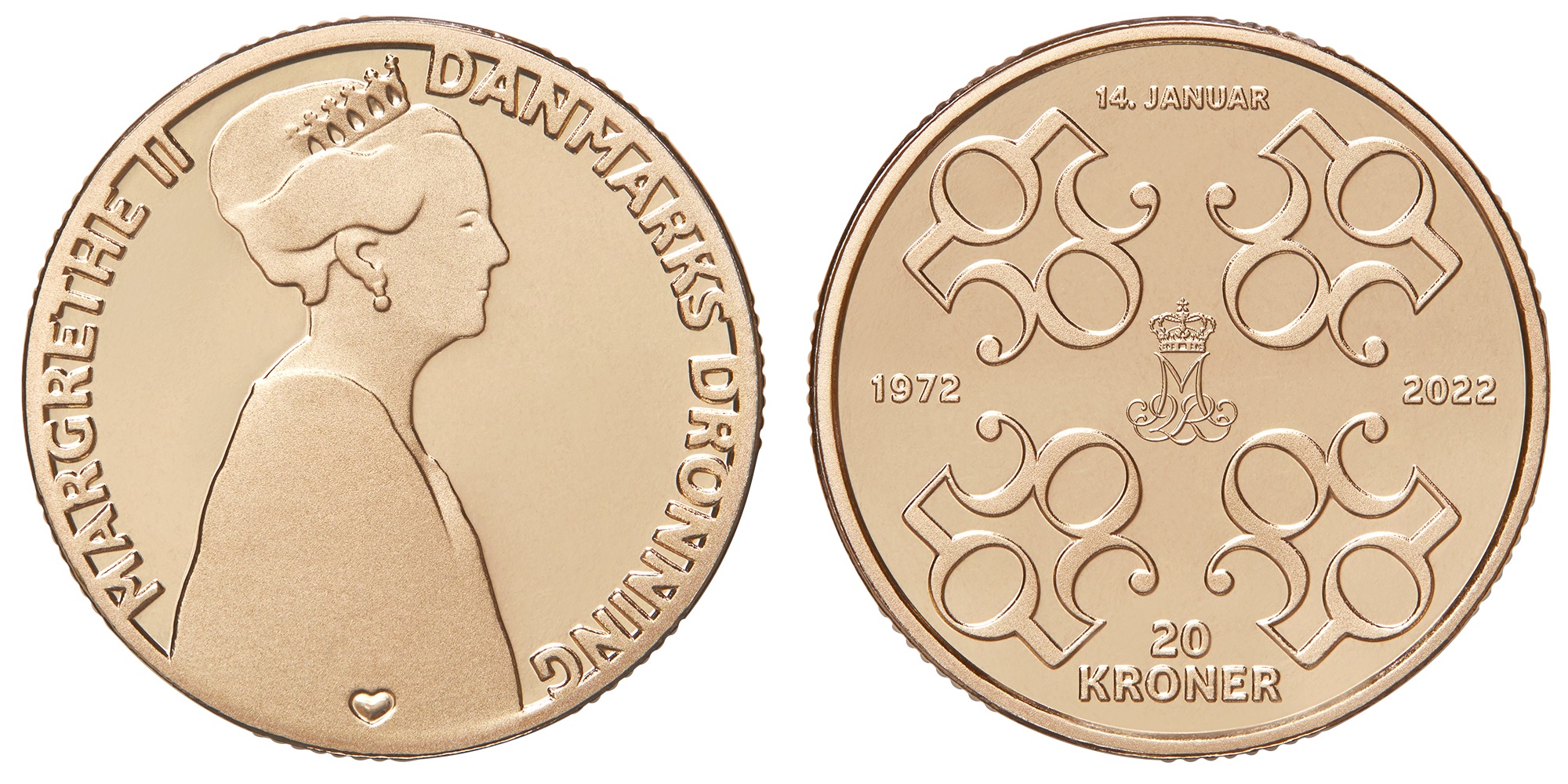 On the back is a stylized pattern created from the number 50, representing the Queen’s anniversary. The pattern creates a visual reference to the four castles of Amalienborg around the Castle Square in Copenhagen, the official residence of the Danish head of state. Above the primary design is the commemorative date JANUARY 14 along with the years 1972 and 2022 on both sides of the number pattern. Below the design is the designation of 500 CROWS (silver) or 20 CROWNS (base metal) and the Queen’s own badge which is centred. 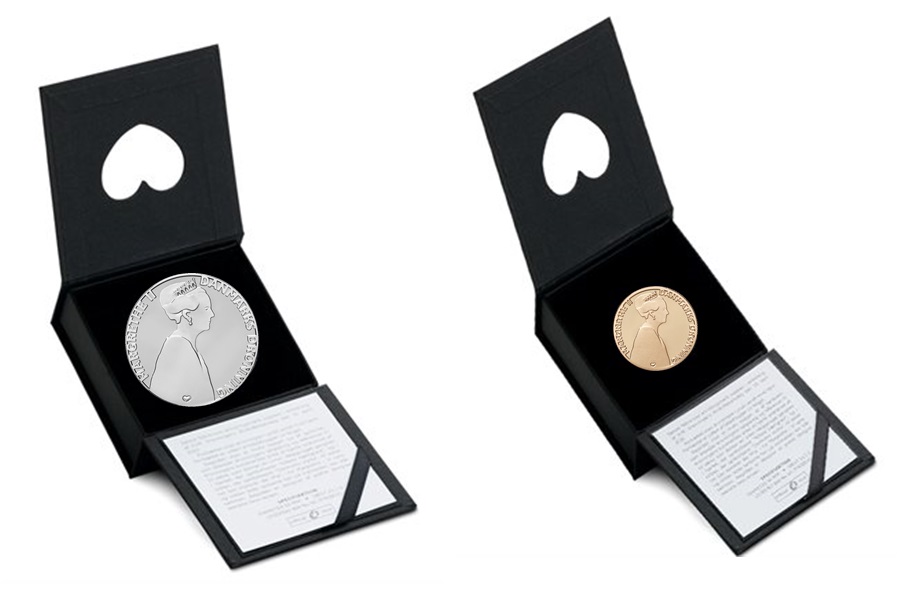 Available from the January 14th, the Proof Quality Silver and base metal coins are Encapsulated and presented in a thick card case, along with a Certificate of Authenticity. Strike 20-kroner circulation coins are also issued on the same day as the proof coins and are available in sealed paper rolls of 20 from the National Bank. For more information and to purchase the coins, please visit the Royal Danish Mint’s website.

Newer Penny costs 2.1 cents until manufactured in 2021, nickel costs 8.52 cents; US Mint realizes $381.2 million worth of seigniorage
Back to list
Older Legend’s Regency Auction 50 kicks off 2022 with a bang!