The Croatian National Bank has issued their latest kuna-denominated coin which is part of their “Gold Kuna Collector and Investment” series. The latest coin is that of the five kuna, which includes the designs seen on the circulation type coin. Begun in 2020 with the release of one-kuna gold coins for collectors and investors, the next year saw the release of gold two-kuna coins and is now followed up with five-kuna gold coins dated 2022. As Croatia readies the country and economy to adopt the euro single currency in January 2023, the National Bank has released one of their last collector/investment coins denominated in the national currency, the kuna. 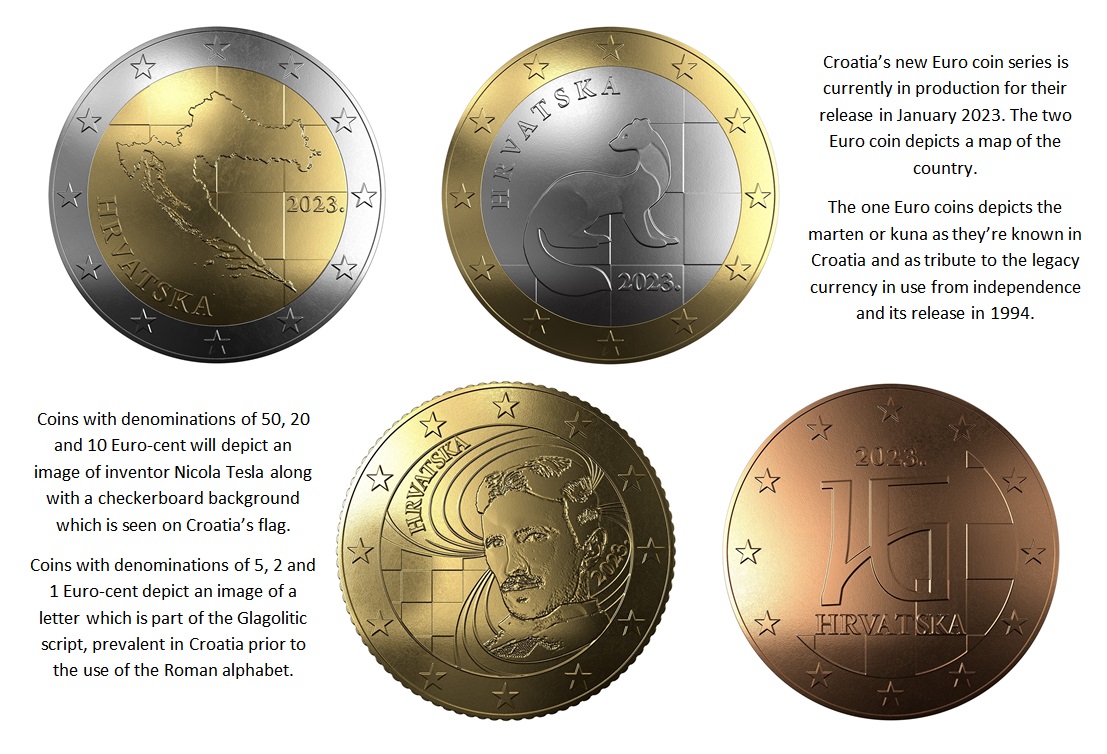 After separation and independence from the former Yugoslavia in 1991, the task of developing a new currency and national bank was underway. Three years later, Croatia’s new circulation coins were introduced into circulation in 1994 and minted by the Croatian Monetary Institute with the coins dated 1993. A total of nine denominations were introduced from one lipa to five kuna and banknotes were also released ranging from five to 1,000 kuna. The name of the monetary unit “kuna” comes from the Croatian word for marten, an animal living in the Croatian forests, whose pelts were used as a means of trade and functioned as money. The name lipa (“linden”) was chosen as it has its origins in the traditions of Croatian folklore, literature, and history. Since 1993, the names of the plants and animals depicted on Croatia’s coins are shown in both Croatian (those dated with odd years) and, since 1994, in Latin (on coins dated with even years). This unique method of design and dating has continued since the coins were first released. 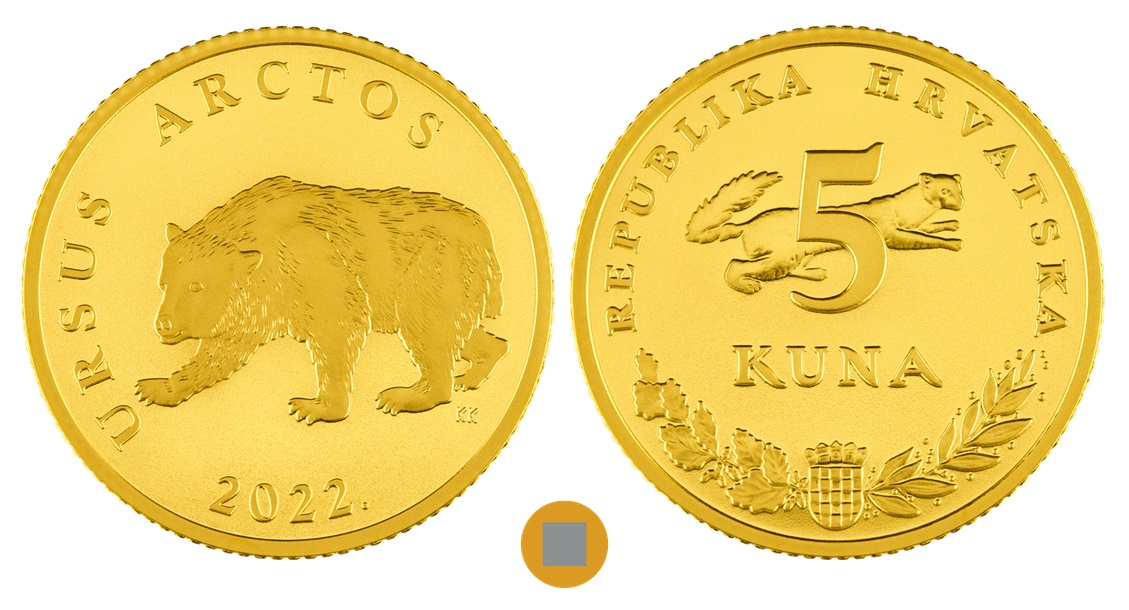 The coins are produced by the Croatian Mint at their facilities in Zagreb, on behalf of the National Bank of Croatia. The five-kuna coin was designed by the sculptor Kuzma Kovačić and the motifs shown on the new 2022-dated gold coins are identical to the obverse and reverse of the five-kuna circulation coin. The obverse features in the center of the coin the denomination numeral and currency name 5 KUNA against the background showing a marten. The inscription HRVATSKA REPUBLIC is shown along the upper edge and above the primary design. Placed centrally along the lower edge is the coat of arms of the Republic of Croatia, bordered on its left side by a stylized common oak branch with acorns and on its right side by a stylized blooming laurel branch, also extending semi-circularly along the edge . The reverse side features a brown bear in motion, the largest animal living in Croatia. The year of issue 2022 is positioned centrally along the lower edge. The inscription URSUS ARCTOS is shown along the edge and to the left of the year, partially circling the image of the bear. 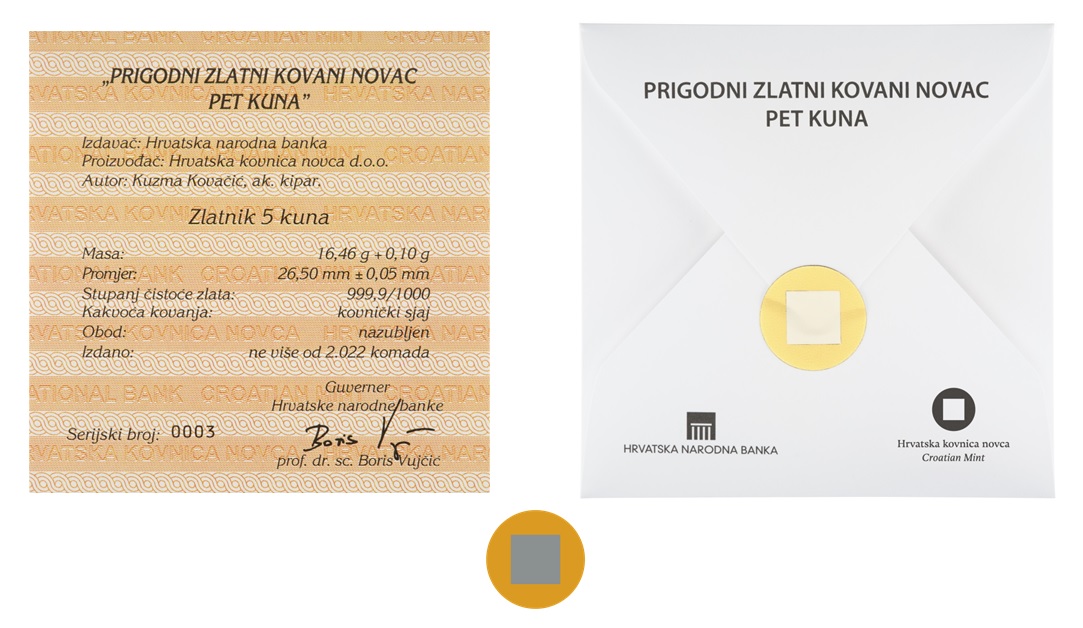 Each coin is encapsulated and accompanied by a certificate of authenticity all enclosed in an envelope. For additional information, please visit the website of the Croatian Mint.

Dispatch commences from the 25th May.