The numbers just don’t add up on this fake coin.

The Indian Head cent series of 1859-1909 remains one of the most popular with collectors of US coins. It covers a period from just before the Civil War to just before World War I.

There are no stoppers in the series, but many of them do cost hundreds of dollars for examples in About Uncirculated or higher. That includes the 1867, though it isn’t anywhere near the most expensive slot to fill in the series. NGC recently received a purported example of an 1867 cent that had several red flags that led to its identification as a counterfeit. 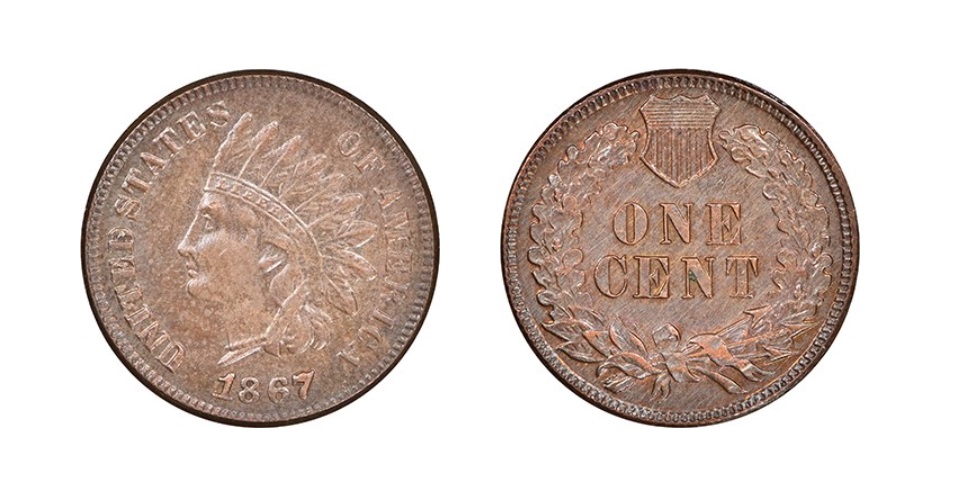 The missed date is the first concern. Note on the genuine coin how the strokes of the individual numbers are wider at certain points and much narrower elsewhere. Counterfeiters often fail to replicate the nuances of the numbers correctly, and the fake coin here is no exception.

Close-ups of the date of the genuine (left) and counterfeit 1867 cent.

There is also pitting in the letters, something not expected on a genuine coin. The obverse of the counterfeit exhibits very weak details, especially in the Indian’s head. The strike of the reverse looks much better.

However, the reverse holds another clue that the coin is fake: a suspicious-looking “N.” Genuine 1867 cents used a reverse die taken from the hub of 1864 that has a shallow “N” in “ONE.” The counterfeit has the reverse hub of 1870, which displays letters of uniform depth in “ONE.”

Finally, while the weight of the counterfeit was fine, it was found to contain 100% copper, rather than the 95% that was expected.

Did you know? NGC has created a comprehensive Counterfeit Detection resource to help collectors and dealers identify counterfeit and altered coins. Click here.