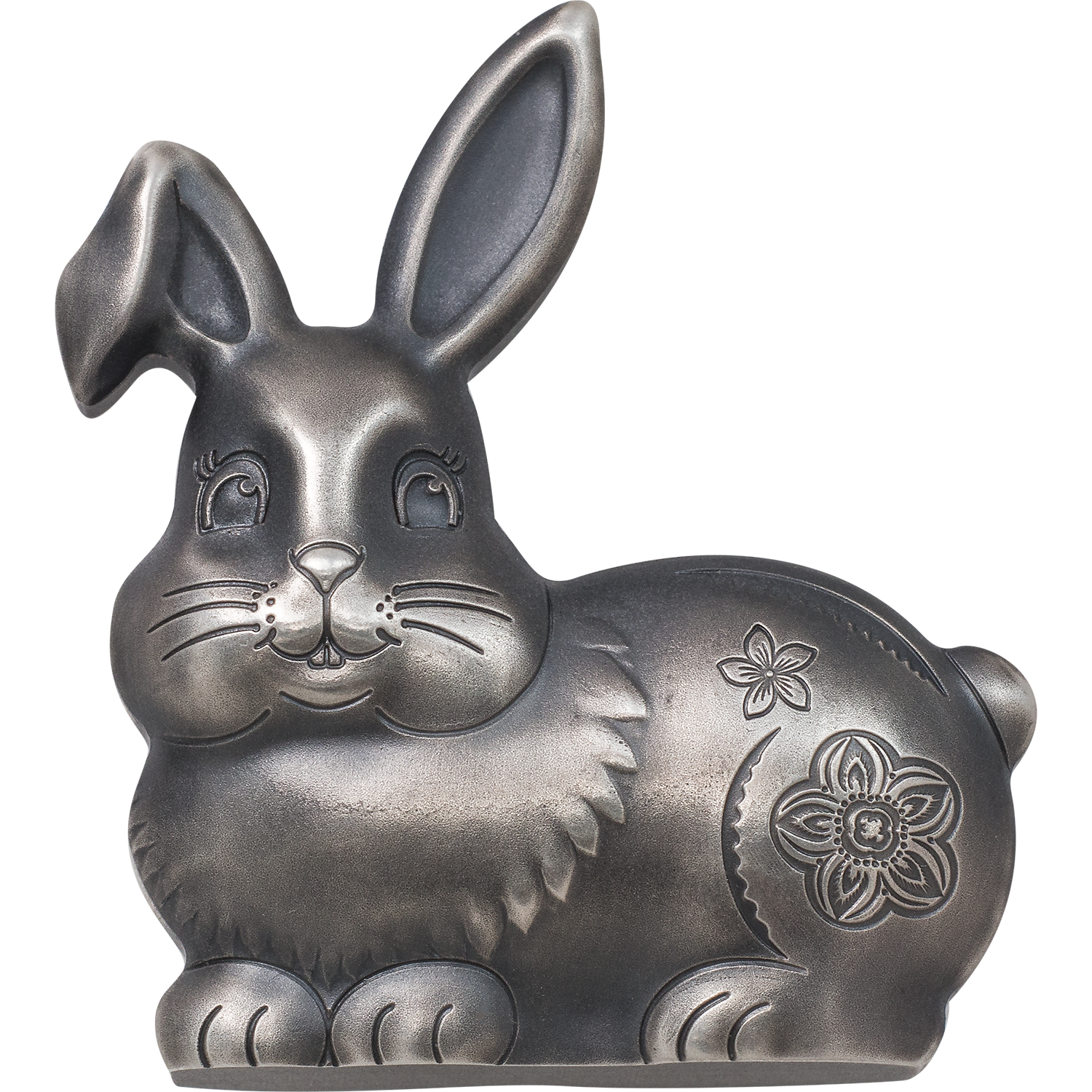 One side features a crouching rabbit from the front, the right ear folded. 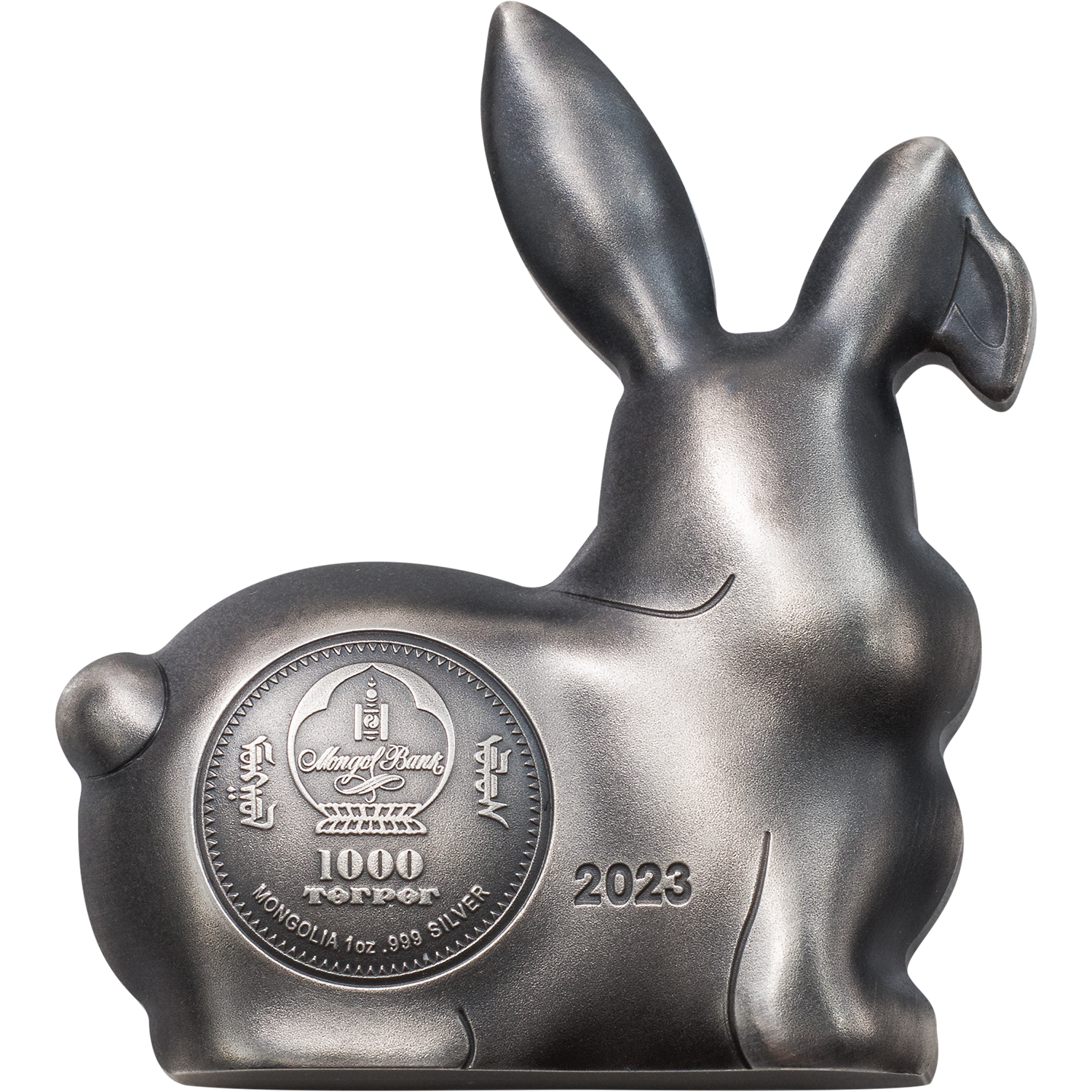 The other side depicts the same crouching rabbit from the back, in a slightly deepened circle the coat of arms of the Bank of Mongolia; below in Cyrillic script is 1000 togrogand below in Latin script MONGOLIA 1 OZ .999 SILVER; on the right is 2023 in recessed lettering. 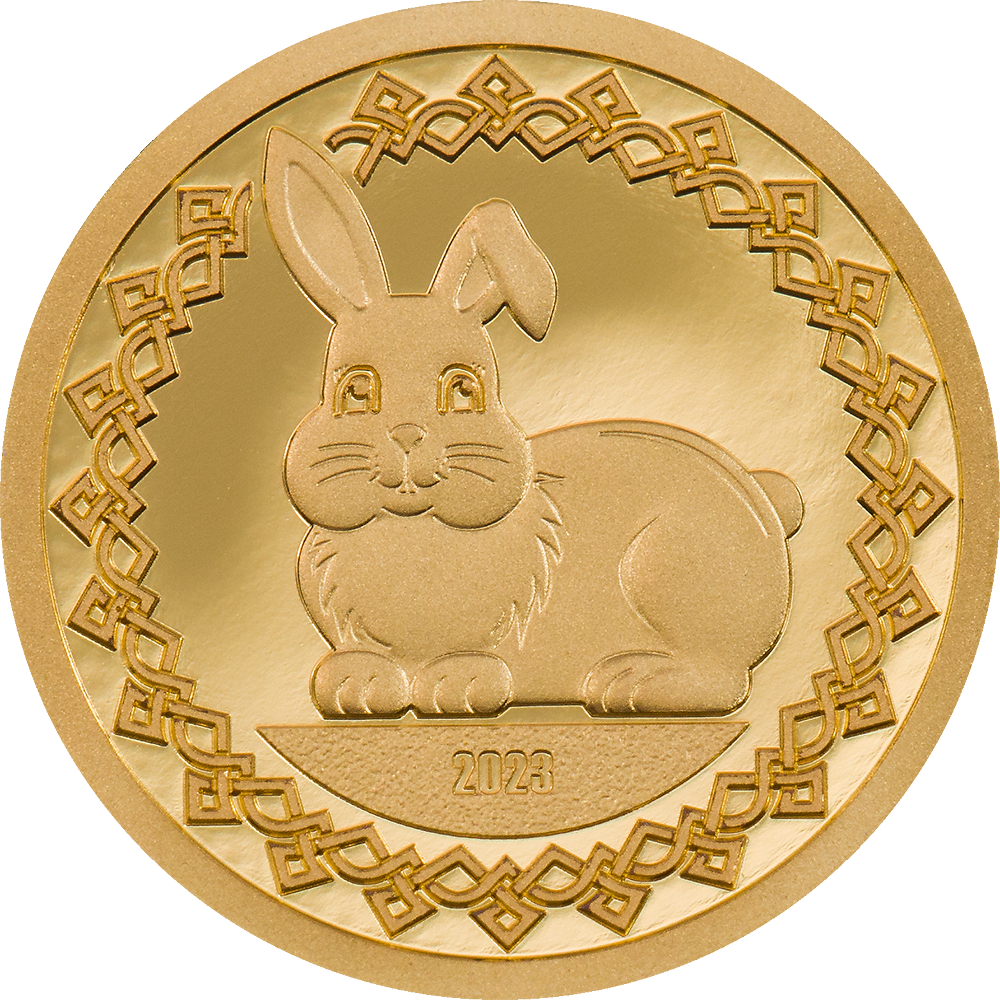 One side depicts a crouching rabbit to the left; in the exercise is the year 2023. Around it is a decorative edge with a geometric pattern. 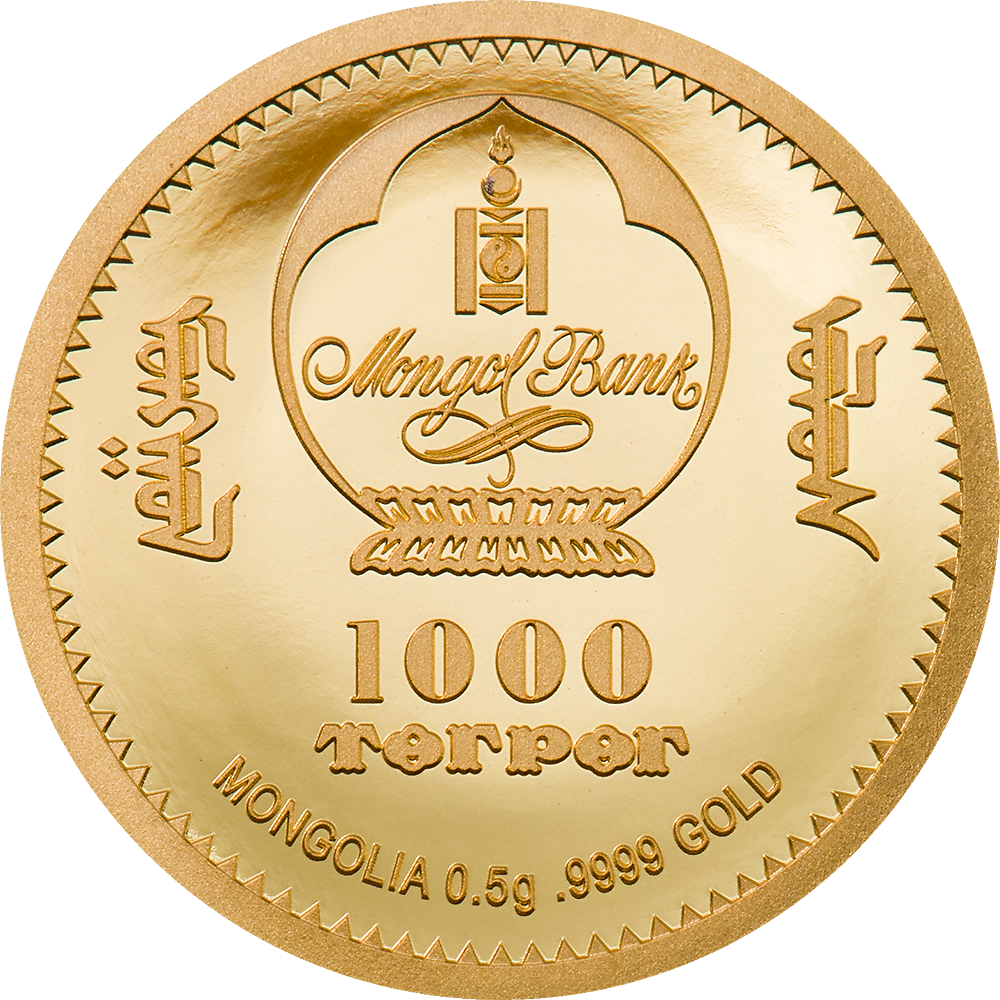 The other side shows the coat of arms of the Bank of Mongolia; below in Cyrillic script is 1000 togrogand below in Latin script is MONGOLIA 0.5 g .9999 GOLD.

One side of the banknote features a crouching rabbit. In the background a guilloche pattern and floral elements. Legend includes YEAR OF THE RABBIT other 100 twice. 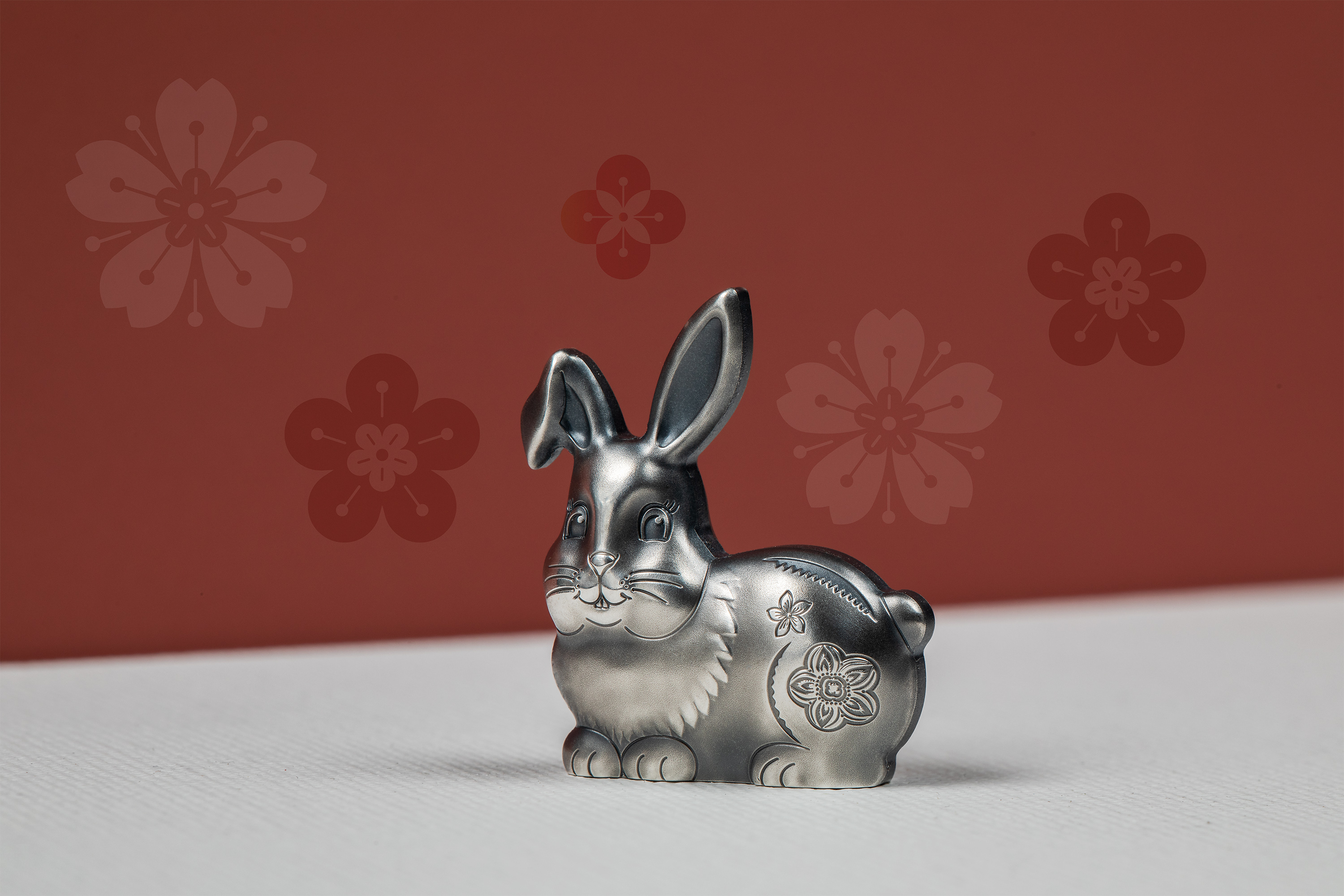 The year of the rabbit begins on January 22, 2023. CIT dedicates its latest issue of the Lunar series to this occasion, consisting of a banknote, a small gold coin and a spectacular commemorative coin in the form of a miniature sculpture. This is now the seventh issue of the Lunar series, which has become a popular gift for Chinese New Year celebrations. What all issues have in common is that they do not emphasize the wild, but the friendly side of the animals in the Chinese zodiac. And thus the rabbit of 2023 is an adorable bunny that will coax a smile out of anyone who looks at it.

The miniature sculpture is a perfect gift for people who were born in the year of the rabbit. Those who first saw the light of day in 1927, 1939, 1951, 1963, 1975, 1987, 1999, or 2011 are considered talented and ambitious according to the Chinese horoscope. They are wonderful companions who quickly make friends due to their charm and eloquence. People born in the year of the rabbit have an excellent network as they are gentle and polite, preferring to avoid conflicts rather than settle them. However, one shouldn’t make the mistake of underestimating a “rabbit.” They know exactly what they want and achieve their goals with calmness, perseverance, and a lot of commitment. 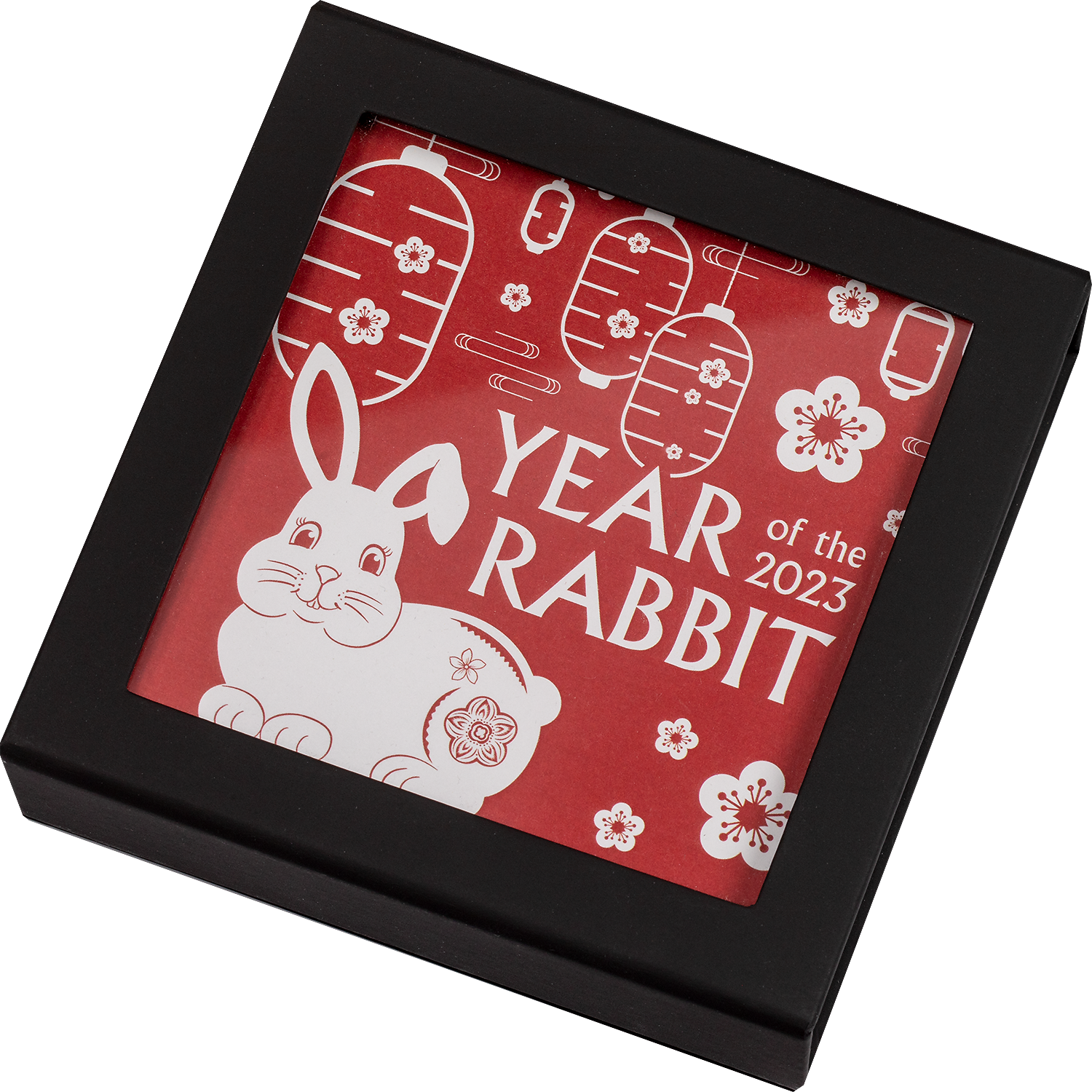 If you want to experience all three dimensions of the adorable rabbit, you have to watch this film.

Newer Gold, Silver and Other Metals Register Second Week of Gains
Back to list
Older Behind the Scenes: First Spouse Gold Coins—Remember the Ladies