Circulating 2022 Kennedy Half Dollars Released in Rolls and Bags

Today, May 5, the United States Mint began selling rolls and bags of 2022 John F. Kennedy Half Dollars. Honoring the 35th President of the United States, each coin features a portrait of the former President on one side and a rendition of the Presidential Seal on the other.

The US Mint started producing Kennedy Half-dollars in 1964, shortly after the assassination of Kennedy. They have been struck annually ever since. Demand for the coins in circulation eventually slowed, generally leading the Mint since 2002 to issue them for just numismatic purposes, like for these roll and bag products. An exception happened last year, when the Federal Reserve ordered millions of the coins for circulation. (Recent mintage for the halves are offered further below.)

Obverses or heads side of each half-dollar offer Gilroy Roberts’ left-facing portrait of John F. Kennedy. 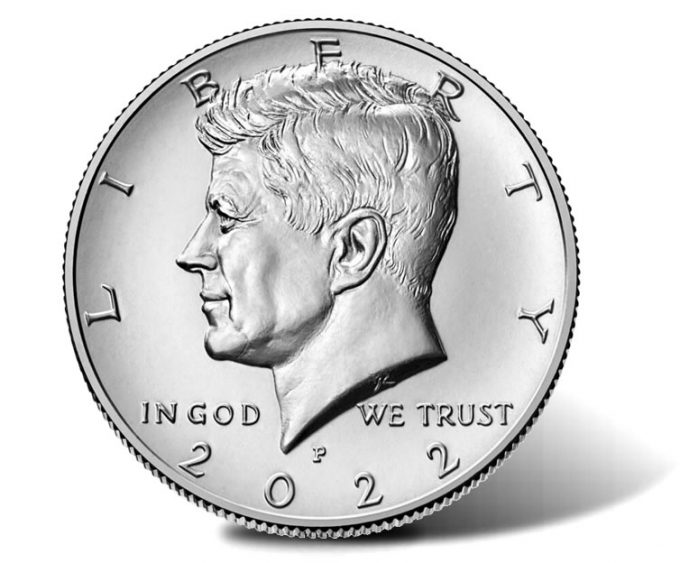 Inscriptions around the portrait include LIBERTY, IN GOD WE TRUST, the year, and a mintmark — for this specific release, this means a mintmark of either a ‘P’ for the Philadelphia Mint or a ‘D’ for the Denver Mint.

Reverses show Frank Gasparro’s modified Presidential Seal depiction, which features a heraldic eagle with a shield holding an olive branch and a bundle of 13 arrows. This design has appeared annually on the halves except in years 1975 and 1976 when it was replaced with an image of the Independence Hall of Philadelphia in celebration of the bicentennial founding of the nation. 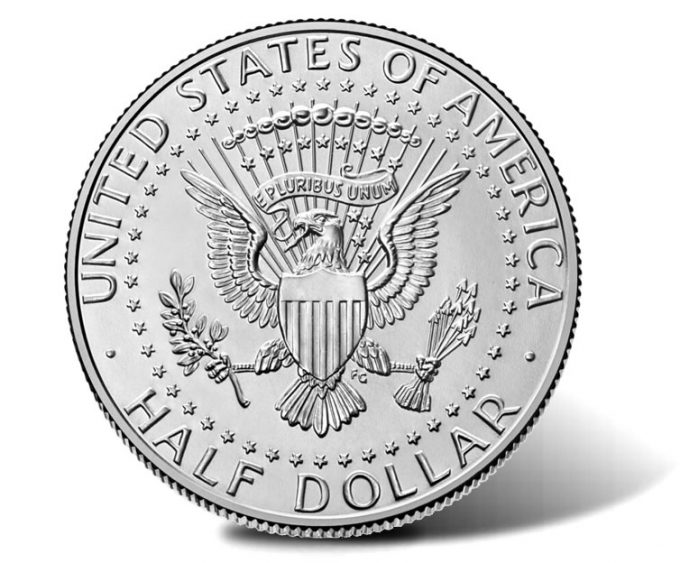 Reverse inscriptions read UNITED STATES OF AMERICA and HALF DOLLAR.

Recent year production figures for circulating Kennedy half-dollars are shown in the table below. As indicated by the chart, 2021 saw a sizable mintage increase as the Federal Reserve ordered, for the first time in many years, millions of the coins for circulation.

*2022 mintages may not change as half-dollars struck for numismatic purposes are typically produced early in the year. Of course, more may be ordered for circulation which could alter the final total.

As for these specific two-roll sets and 200-coin bags, US Mint sales list the following recent year totals:

Order Kennedy rolls and bags directly from the US Mint’s webpage dedicated to half dollar products.