Canada: New 5-dollar silver coin “Moments to Hold” commemorates the centenary of the introduction of the national colors

The Royal Canadian Mint has released the final edition of a four-part compilation set that is part of the Moments to Hold series for 2021. The newest coin focuses on the centenary of the award of and compliance with Canada’s national colors. With the award of the Canadian coat of arms by King George V in 1921, the national colors of Canada were also declared to be red and white. The two colors are very symbolic of Canada’s history before and after the Confederation in 1867, as red stands for England and white for France, which colors have been used representatively by both countries in the past. This combination was based on suggestions made in 1895-96 and 1919, respectfully. Both the maple leaf and the national colors red and white were the driving force that was implemented by John Ross Matheson (1917-2013), a Canadian politician, lawyer and judge who helped develop both the Canadian national flag and the Canadian Order. Finally, in 1965, on February 15, 1965, the design created by George FG Stanley (1907-2002), a vertical tri-band of red, white and red with the red maple leaf centered on the white band, was adopted by John Ross Matheson , chairman of the parliamentary flag committee, it took “many loving hands” to complete the flag’s design, inspired by Canada’s national colors and the maple leaf symbol. 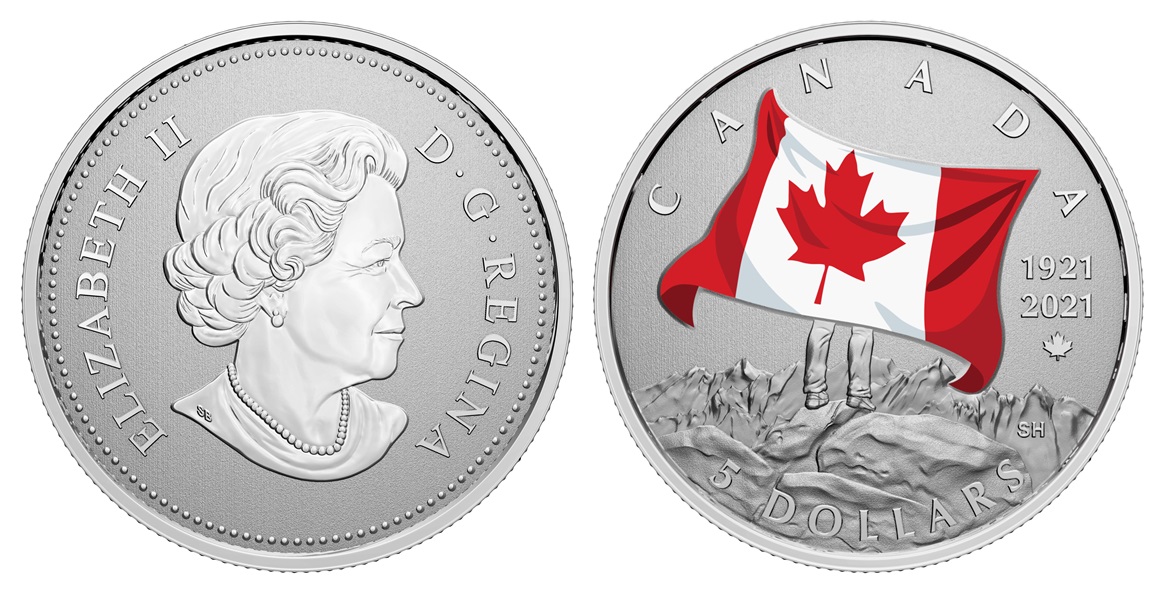 Designed by Canadian artist Steve Hepburn, the reverse of the coin is double dated 1921 2021 on the occasion of the 100th anniversary of the Canadian national colors. The design also incorporates a vivid color image of extraordinary patriotism as a Canadian proudly holds up the red and white flag of Canada. The face value of the coins from 5 DOLLARS can be seen just below the primary design. The obverse shows the portrait of Her Majesty Queen Elizabeth II by Susanna Blunt. 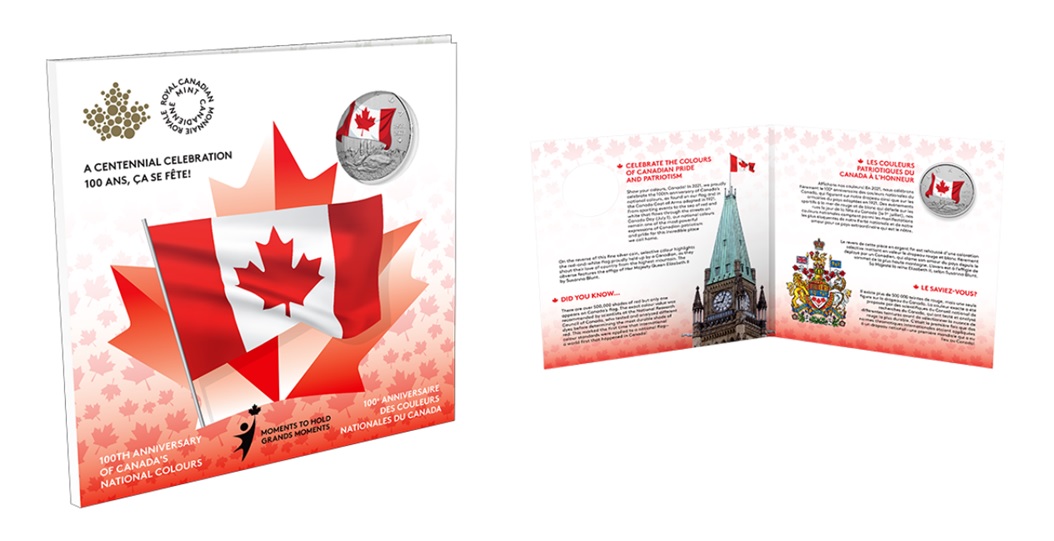 Each coin is encapsulated and presented in a colorful and informative folder, the coin capsule is removable for easy access by simply pulling the capsule out of the wallet to take a closer look at both sides of the coin. For more information on this coin and the other three coins in the Moments to Hold series dated 2021, please visit the Royal Canadian Mint website.