Australia: New silver dollar proof coins with “Footprints in Time” and the oldest surviving footprint in the world

The Royal Australian Mint has released new Silver Proof One Dollar and Brilliant Uncirculated 20 Cent Coins that show the image of perhaps one of the world’s oldest examples of human existence on the Australian continent. 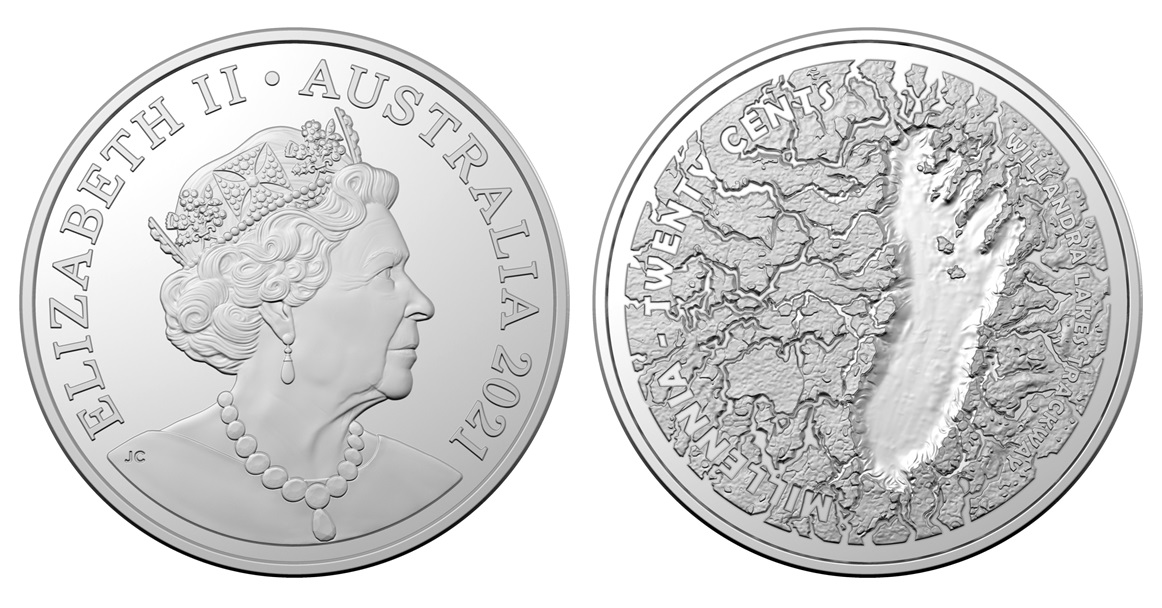 Designed by Royal Australian Mint artisan Aaron Baggio, the reverse of the coin design is dominated by an inset depiction of a preserved mongoose footprint surrounded by the cracks and crevices of the petrified seabed. A map of Australia is formed by some of the cracks. The word MILLENNIA has been added at the bottom to identify the 20,000 years that have passed since the footprints were made. The text WILLANDRA LAKES TRACKWAY can be seen on the right margin to give the site its official title. At the top left is the face value of the coins from ONE DOLLAR (Silver) or TWENTY CENT (Cupro-nickel). 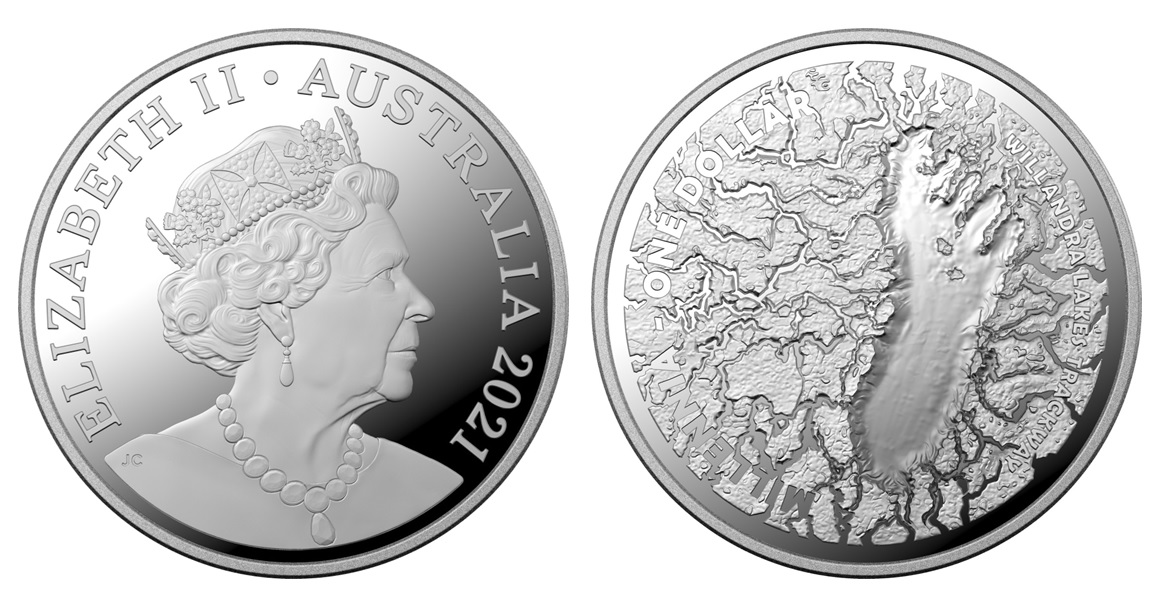 The obverse shows the Commonwealth portrait of HM Queen Elizabeth II, created by the graphic artist Jody Clark. The year of issue 2021 is contained in the legend of the portrait.

The copper-nickel versions are included in a coin card format with illustrations and informative text. The silver proof punches are encapsulated and come in a custom-made case with a certificate of authenticity. You can find more information about these two coins on the Royal Australian Mint’s website.