In continued celebration of the important contributions made by Native Americans to the history and development of the United States, the US Mint today at noon EST will offer rolls, bags, and boxes of circulating quality 2022 Native American $1 Coins.

US Mint product image for the 2022 Native American dollar

This year’s dollar design features a likeness of Ely S. Parker. Parker was a noted US Army officer, engineer, and tribal diplomat. Among his important contributions to the history of the United States, Parker served as military secretary to General Ulysses S. Grant during the Civil War. While in this position at the surrender at Appomattox, Parker rendered formal surrender documents in his own hand.

A likeness of Ely S. Parker in full military uniform appears on the reverse (tails side) of the 2022 Native American dollar. Parker is shown in a seated position with a quill pen and book, along with a recreation of his signature. The design was selected from among 17 candidates.

Also included in the design are the inscriptions “TONAWANDA SENECA” and “HA-SA-NO-AN-DA,” recognizing Parker’s tribe and the name given to him at birth. 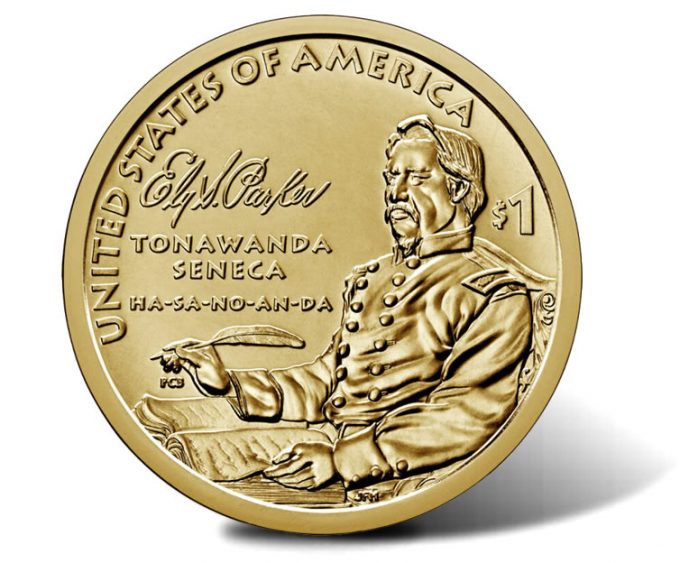 A larger image of the 2022 dollar’s reverse 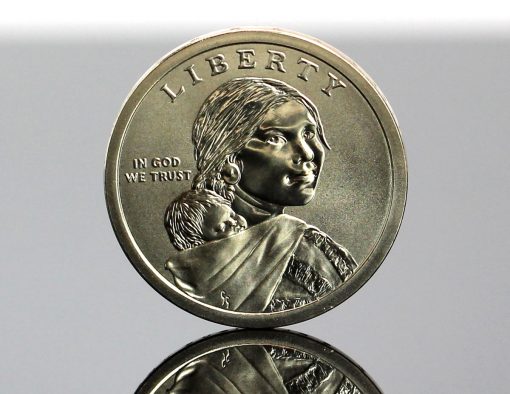 This CoinNews photo shows the obverse of a Native American $1 Coin. This design is common across all coins in the series.

As for all dollars in this multi-year series, obverses (heads side) show Sacagawea carrying her infant son, Jean Baptiste. The image is the work of sculptor Glenna Goodacre. Inscriptions read “LIBERTY” and “IN GOD WE TRUST.”

The year, mint mark, and “E PLURIBUS UNUM” are incurred on the edge of the coin.

Prices for the rolls, bags and boxes

These are the same prices as last year’s Native American dollars in rolls, bags and boxes. ‘P’ indicates the coins were struck at the Philadelphia Mint with a ‘D’ indicative of production at the Denver Mint.

2022 Native American $1 Coins are available from the US Mint by visiting its online catalog page for Native American dollars. No mintage, product or household limits are in place.

Past Native American $1 Coins and Mintage

Initially, this series was produced for general circulation, However, since 2012, dollar coins have only been struck for sale in numismatic products such as these rolls, bags and boxes. This significant reduction in mintage can be seen in the table below:

The US Mint has yet to publish coin production figures for 2022.